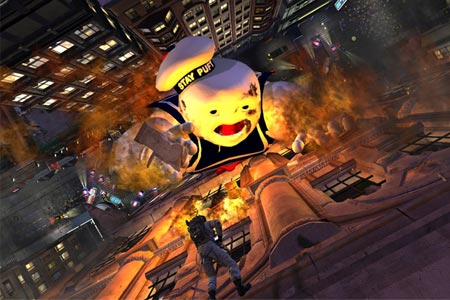 Here’s some disheartening news for PSP fans. Ghostbusters is probably not coming to the PSP. Well If Atari is to be believed then the Ghostbusters: The Videogame title is not launching for the PSP.

While leaked information from the ESRB has earlier managed to create quite some stirs in the gaming terrain, it appears that this time around ESRB may have just picked the wrong story.

Yes, the apparent news of Ghostbusters coming to the PSP started doing the rounds after ESRB had a PSP version of the game listed on its website. After Atari reportedly told Eurogamer that there’s no PSP version of the title lined up, the ESRB page has mysteriously disappeared.

Dismissing suggestions that the novel Ghostbusters title is currently being worked on for the PSP, Atari explained that a PSP port of the game is not true.

The news shouldn’t really bother enthusiastic gamers as the Ghostbusters title is launching on a host of other platforms namely the DS, PC, PS2, PS3, Wii and Xbox 360. The title will release on June 19, 2009.