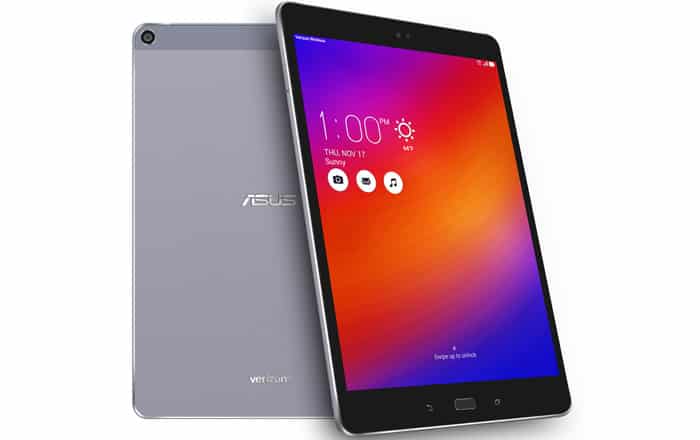 Asus has come out with a brand new Android tablet dubbed the ZenPad Z10 for the US market. The slate is exclusive to Verizon and is now available via the carrier’s site.

The Asus ZenPad Z10 will set interested buyers back by $229.99 when bundled with a 2-year contract. Its price rises to $329.99 without any strings. One of the top highlights of the mid-range tablet is its 9.7-inch 2K screen which comes with the brand’s VisualMaster abilities. The technology apparently ensures realistic visuals.

Moreover, the Asus product offers a blur-free mode which is made possible by the addition of an extra IC chip that gives way for 60 million pixels optimizations per second to eradicate lag. The company is also touting the device’s dual-stereo speakers which have been blessed with DTS-HD support for high-quality audio and surround sound on headphones.

Have a look at the top specifications of the Asus ZenPad Z10 at a glance:

Like we said above, the Asus ZenPad Z10 is up for grabs via Verizon’s website. You can also pick it up via the carrier’s physical retail stores starting from October 13. We’ll let you know if and when the tablet makes its way to other markets any time soon.