Those who thought a rectangular smartwatch cannot grab the stylish looks that a round one possesses need to check out the Asus ZenWatch which has just been unveiled by the Taiwanese company. Its price has been revealed to be €199, which is expected to be translated as it is into dollars.

Hence, at $199, the Asus ZenWatch will be the cheapest Android Wear gadget in the market when it becomes available later this year; unless of course, some other cheaper smartwatch arrives before it and steals its thunder. A ‘sophisticated design’ is what its maker is claiming to have blessed it with. 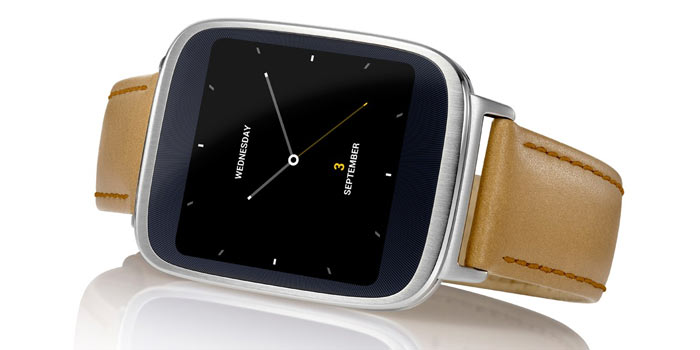 It has a curved glass panel on its front which covers its 1.63-inch Super AMOLED display. A leather strap keeps it stuck to your wrists, while more than a hundred of its integrated watch faces help you glance at time in a stylish fashion. As expected, its adversaries aren’t the G Watch R or the Moto 360.

The Asus ZenWatch is up against two of the very first Android Wear smartwatches, the LG G Watch and the Samsung Gear Live. And with these old and comparatively less stylish products costing $230 each, the $199 price of Asus’ gadget will definitely give it an advantage over both.

Here’s a brief look at the specs of the Asus ZenWatch:

The Asus ZenWatch will be arriving in its main markets this October. We’ll have more on it when additional details are out.