Asus has launched new smartphones in India under the ZenFone series and it plans on offering them at affordable prices starting at Rs 5999. The lineup comprises of the ZenFone 4, 5 and 6 models, all of which come with dual core Intel processors, dual SIM slots and highly attractive designs.

We’re starting with the smallest member in the lineup, the Asus ZenFone 4. The handset will be offered in two variants, one carrying a 4-inch WVGA display and the other sporting a 4.5-inch FWVGA panel. Both are coated with Corning Gorilla Glass 3. The former device will also sport a 1600mAh battery, a 5MP rear camera and Android 4.3 Jelly Bean, while the latter is fitted with a 1750mAh cell, an 8MP primary snapper and version 4.4 KitKat. 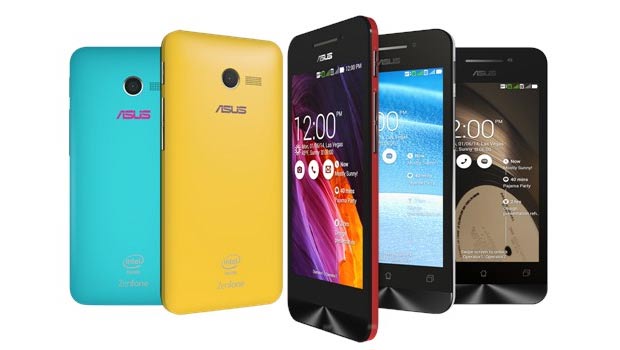 The rest of the components are the same for both models. They include a 1.2GHz dual core Intel Atom processor, 1GB of RAM, 8GB of storage, a microSD card slot and a VGA front-facing camera. The ZenFone 5 is also being offered in two models based on storage. While there will be options of 8GB and 16GB of internal storage, memory expansion will also be possible through a microSD card slot. 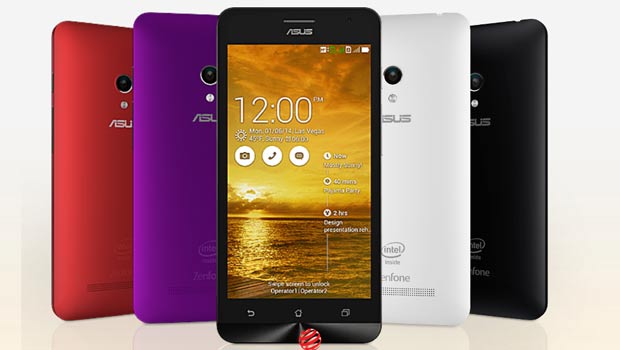 Along with a 5-inch Gorilla Glass 3 HD screen, the company has fitted this phone with a 2GHz Intel Atom SOC, 2GB of RAM, a 2110mAh battery and dual cameras (8MP rear and 2MP front). Last on the list is the ZenFone 6 that has a 6-inch screen, a 13MP rear camera, a 3300mAh battery and 16GB of storage. The remaining specs are similar to those of the 5-inch version. Also, Android 4.3 Jelly Bean is served with the two phones and an update to 4.4 KitKat will be released soon. 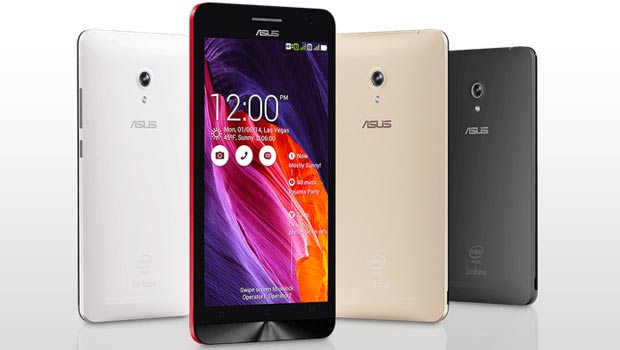