We have in our possession a new version of last year’s Asus ZenFone Max which retains its huge 5000mAh battery. Nothing about it has changed externally, but we do get upgraded internals at the same price as that of last year’s model. And paying slightly more even gets you a more advanced variant. Actually, it is being sold as a 2GB RAM variant at Rs 9999, while a 3GB RAM version of it is going for Rs 12999. Both come with Snapdragon 615 chipsets, Android 6.0 Marshmallow and 32GB of storage space inside them. These being the upgrades, all other features of the fresh model are same as those of the earlier one. Let us take a look at whether these upgrades make the new ZenFone Max worth its asking amount. 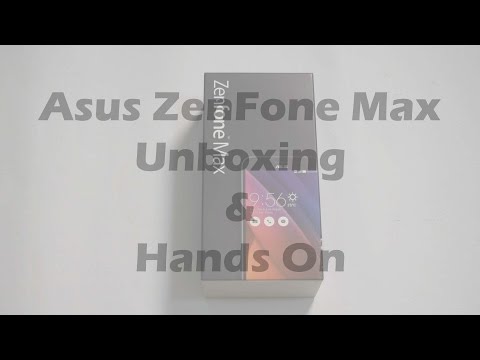 Despite its low price tag, this Asus phone has a very striking appearance. The polycarbonate back panel looks and feels like it’s made from leather or PU, and there’s the metal-effect frame on the sides. The overall effect is frankly quite admirable. The device is quite chunky to hold, which is understandable given that there’s a 5000mAh battery sitting inside it. 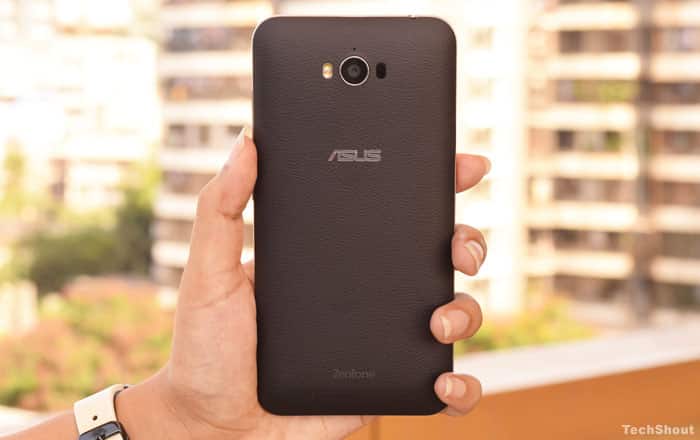 We particularly liked the clean placement on the rear surface of the ZenFone Max. The camera, flash and laser autofocus sensor have been placed symmetrically above a shiny Asus logo. At the bottom is a long speaker grille with the word ZenFone embossed above it. The appearance of the front surface is quintessential of almost all the handsets released by the company last year. That is good because there really isn’t anything wrong with this design. Medium-sized bezels surround its 5.5-inch display, and the bottom has capacitive back, home and recent keys. Up top is the Asus logo, an earpiece and a front camera.

1080p displays have started creeping into sub-Rs 10000 handsets these days, but this device has still preferred to go with a 720p HD panel. The resolution fits inside a 5.5-inch panel, resulting in a pixel density count of 401ppi. For the more pixel-conscious, this may be a turnoff but for others, it’s really nothing to worry about. This is a lively display with an apt amount of saturation and brightness. And being a large panel makes it great for gaming and watching videos. The speaker on the rear surface of the ZenFone Max isn’t much in terms of quality. It sounds a bit muffled and the maximum volume isn’t what we’d call impressive. 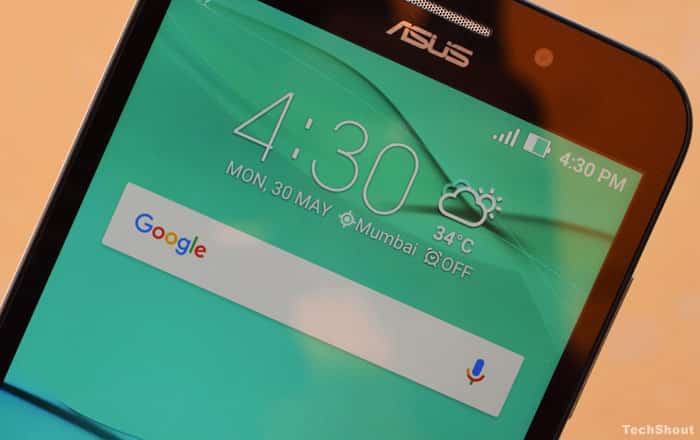 It’s always a good thing for Android phones to ship with the latest software version onboard, and we’re hence pleased to know that the upgraded ZenFone Max comes with Android 6.0 Marshmallow. As much as that sounds wonderful, the ZenUI layer again ended up spoiling the party for us. It is now more pushy and disturbing than it ever was. We have practically dismissed more unwanted notifications on the Asus ZenFone Max than on any other smartphone we’ve reviewed so far.

Asus’ belief that a user needs an app for every damn thing needs to change quickly. Not everyone is fond of the ad-heavy Clean Master app sitting in the app drawer, and not everyone wants three different browsers hogging precious storage as well. There are two different RAM boosters tacked onto the software, apart from a ton of other apps which we never got around to opening even once. And the more annoying part is that these apps keep sending you notifications all the time, leaving the notification area as cluttered as the app drawer. 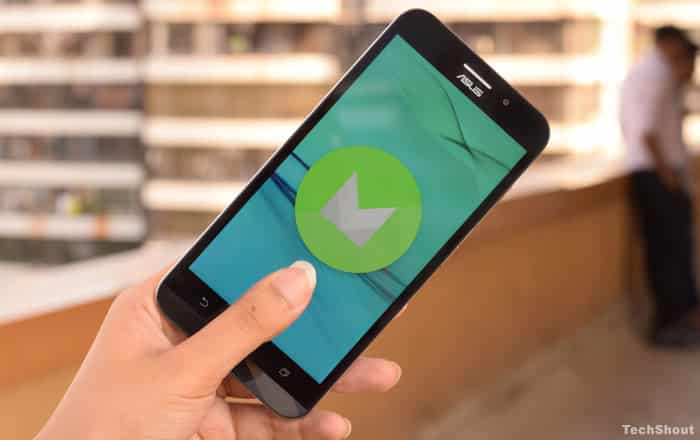 The likes of Samsung and HTC have been criticized in the past for their excessive bloatware, and they have acknowledged this lately by reducing the number of unneeded apps in their software. Asus really needs to start following the same path soon. The overall interface on this phone is the same as that on other ZenFone models, which we’ve not had any problems with. The Marshmallow additions that have made their way into this device include Now on Tap, Doze, granular app permissions and some other tiny features. And we’ve got not complaints against them.

The camera on the upgraded Asus ZenFone Max is 13-megapixels and is essentially the same unit its predecessor possesses. Its 5-megapixel front snapper also hasn’t changed. With cameras on smartphones improving at a rapid pace, this approach doesn’t quite place the phone in a strong position against competition. With its rear shooter, it just managed to return satisfactory shots. Comparing its results to those from the year-old Mi 4i, showed us that the Max relies too much on post-processing, thus making the images seem a tad less real than those clicked from better cameras. We also observed photographs from this camera to be a bit warmer in tone for some reason. The videos thankfully don’t suffer from this anomaly.

Laser autofocus is a feature that makes the ZenFone’s camera experience worthwhile. Despite this though, you’ll face some inconsistency issues from it once in a while. It’s truly fast to find focus at times, but tends to miss the mark now and then. The company seems to be making up for camera limitations with a large number of modes whose range includes manual, beautification, GIF, slow motion, tilt-shift and more. Images from the front 5-megapixel camera lack sharpness and detail. This definitely isn’t a phone for selfie lovers, or even for photography enthusiasts for that matter.

Now this is one department in which the ZenFone Max really shines. We were provided by Asus with the 2GB RAM model, and we didn’t feel like this was in any way an under-powered device. The octa core Snapdragon 615 processor does a great job of keeping the operations fast-paced. This chipset is a pretty decent performer as we’ve observed with other smartphones. Plus, it did not cause any heating issues during our entire time spent with this phone. 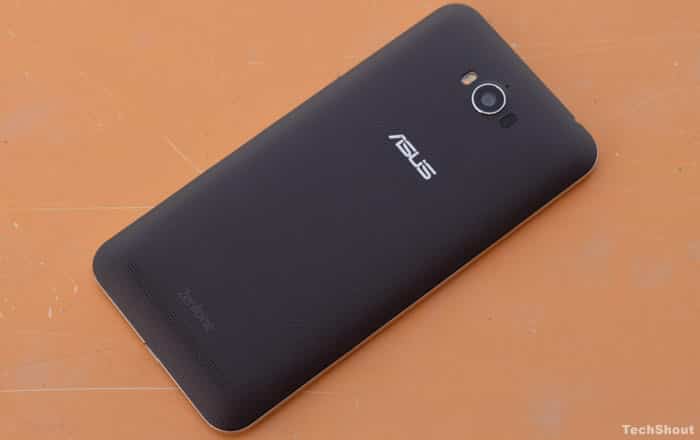 And now for the battery. When a device ships with a 5000mAh power pack inside it, there’s no doubt that it’s intended to please those who are whining about their handsets not lasting for more than a day. The ZenFone Max is the ideal companion for these folks if they are willing to withstand its small blemishes. This phone was being used by us at moderate intervals for four days straight, and there was no charging involved during the entire period. That’s the kind of incredible power this smartphone keeps at your disposal. Additionally, it comes with an OTG cable which lets you turn it into a power bank and charge other devices.

– Well designed body that gives the device a premium appearance.

– Tons of bloatware tacked onto the software.

– Camera is not up to the mark.

There is really no doubt the upgraded Asus ZenFone Max makes for a superb battery-oriented smartphone. Those looking for such a device can buy it with blindfolds on, but they do need to know that its camera is not up to the mark and there’s literally a ton of bloatware to deal with on the software angle. With those being its only trade-offs, a great display, fast performance and the presence of Android 6.0 Marshmallow might convince many to buy the ZenFone Max which comes at Rs 9999 (2GB RAM) or Rs 12999 (3GB). We give it 3.5 out of 5 stars.