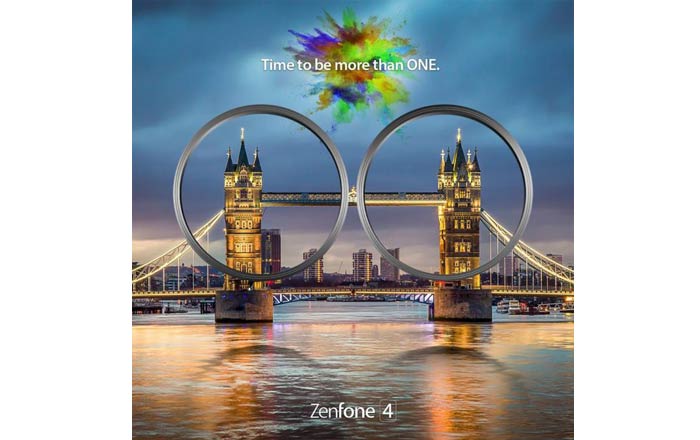 Asus is getting ready to officially show off its ZenFone 4 series to the world, sending out invites for an event in the Philippines taking place on August 19. A separate teaser image for the ZenFone 4 bears the tagline ‘Time to be more than one’ and features 2 circles.

It’s fairly obvious that this is meant to be a broad hint at 2 cameras being present at the back of the ZenFone 4. Asus has already launched one member of the series, the dual camera-toting ZenFone 4 Max, in Russia. It’s unclear whether the new event will be introducing a brand-new ZenFone 4 model or the same ZenFone 4 Max in a more official capacity.

Interestingly, the Asus’ head of marketing Marcel Campos recently began sharing photos via his Instagram account with the hashtag ZenFone X. There’s clearly a big focus on wide-angle shots and zooming in his images, showing off the full potential of the mystery ZenFone device’s camera.

Rumors so far have indicated that Asus is set to release the ZenFone 4, ZenFone 4 Pro, ZenFone 4 Selfie, and ZenFone 4V this year. The company’s August 19 event could see all of them coming out at the same time. It had followed a similar pattern last year, announcing 3 entries in the ZenFone 3 lineup at the same occasion in Taiwan.

The ZenFone 4 Pro is presumably going to be the firm’s flagship offering, getting equipped with a Snapdragon 835 processor, a 5.7-inch QHD screen, and 6GB of RAM. Not much is known about the others, with the exception of the aforementioned ZenFone 4 Max.