Asus is turning heads at CES 2017 with the launch of the ZenFone AR and ZenFone 3 Zoom. The former has two firsts to its name, being the only phone in the world to support Tango as well as Daydream and carrying up to a whopping 8GB of RAM.

The ZenFone AR is additionally only the second handset ever after Lenovo’s Phab 2 Pro to run Google’s AR-based Tango platform. Complementing this blend of augmented and virtual reality is a Tango-customized Snapdragon 821 processor, Android 7.0 Nougat, and a large 5.7-inch WQHD Super AMOLED display.

Asus claims the smartphone is the thinnest and lightest Tango device, made possible by its TriCam system. The rear-facing trio consists of a 23MP Sony IMX318 main camera, depth-sensing lens, and motion-tracking shooter. The company plans to release the phone in Q2 2017 and promises to announce price and more specifications details closer to its arrival.

As for the ZenFone 3 Zoom, the phone is apparently the slimmest smartphone in the world to pack a massive 5000mAh battery thanks to its 7.9mm thickness. The unit does double duty as a powerbank and should give way to many hours of photography, with the brand touting that the handset can shoot 4K UHD video for up to 6.4 hours. 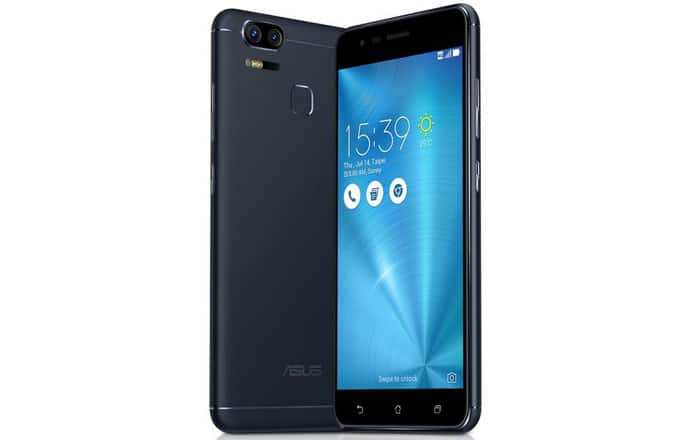 Speaking of photography, Asus has blessed the offering with dual 12MP cameras. One features a 25mm wide-angle lens, while the other opts for a 59mm one. Optical zoom is set at 2.3x, allowing for 12x zoom overall. There’s also TriTech+ autofocus, dual-PDAF, 3-axis EIS, and 4-axis OIS to keep it company.

The ZenFone 3 Zoom is set to be available in February.