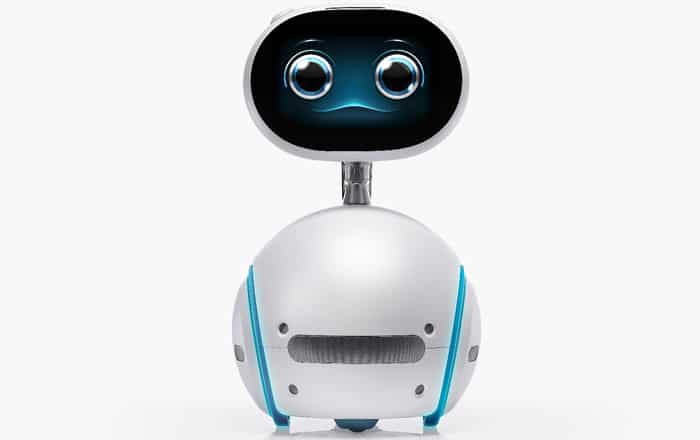 Amid the expected new phone and laptop announcements at Asus’ Computex 2016 event, the brand had a surprise up its sleeve in the form of a cute new robot dubbed Zenbo. The tiny little guy is being touted as an all-purpose helper for the entire family.

Looking like a cross between BB-8 and Wall-E, Zenbo is capable of moving independently and understanding voice commands. Kids can use it as a playmate since it’s capable of doing things like narrating stories, blasting music through stereo speakers and playing educational games.

Zenbo also acts as a vigilant companion for senior citizens, informing them about doctor’s appointments, medicine reminders, and exercise schedules. The robot further keeps an eye out for emergency situations such as falls. If it observes one happening, it’s supposed to immediately inform family members via a handset alert.

They can then maneuver Zenbo to see the accident for themselves using its camera. This could prove to be very useful for the elderly as long as the technology works as it should. The device can also help in the kitchen by reciting recipes out loud and acting as a voice-controlled timer. It can even be a family’s photographer, using its aforementioned shooter to click snaps.

Furthermore, the Asus robot functions as a one-man security system for when the family is away. Its remote-controlled snapper can be controlled via an app. There’s even an option to use the robot’s screen to view visitors at the door and unlock the door with a voice command. It connects with a wide variety of smart devices to control anything from lights to TVs.

The whole thing sounds pretty futuristic, with the added options of making video calls, shopping and streaming videos without having to move a finger. All this technology will set you back by $599. It’s a bit steep, but that’s the price you’ll have to pay for a robot butler these days.