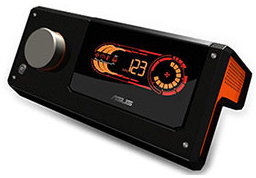 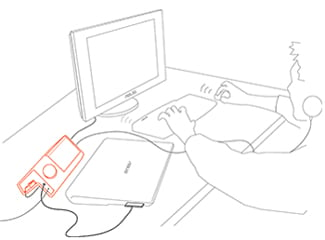 Asus XG Station external video card brings the power of a dedicated 3D graphics engine, offering users with the best of both the compact notebook arena and the spectrum of a large LCD monitors. You need to simply plug in the XG Station to the LCD monitor and connect the notebook via an Express Card connector and get ready to game!

XG Station has been developed having one essential criterion in mind and that is of ‘ease of use’. A large LED screen is adopted to provide clear display of critical system status statistics including the following:

The Asus XG Station external video card is slated to hit shelves by the beginning of the second quarter of 2007. The entire pack will include the XG Station graphics docking station, one Asus EN7900GS graphics card and assorted accessories.