Asus’ 2014 portfolio so far has mostly been based on Intel’s latest chipsets and we’re seeing a possibly new addition to the lineup with the K007 model number showing up at the FCC. This tablet is said to a 7-inch one and it runs on the Moorefield SOC with a quad core configuration.

So far, we’ve only seen one 7-inch Asus slate go official with the SOC in question, the updated FonePad 7. This device was spotted under multiple model numbers including K019 which isn’t very far away from the recently leaked Asus K007. However, we can’t confirm just yet if this device is merely a variant of latest FonePad. 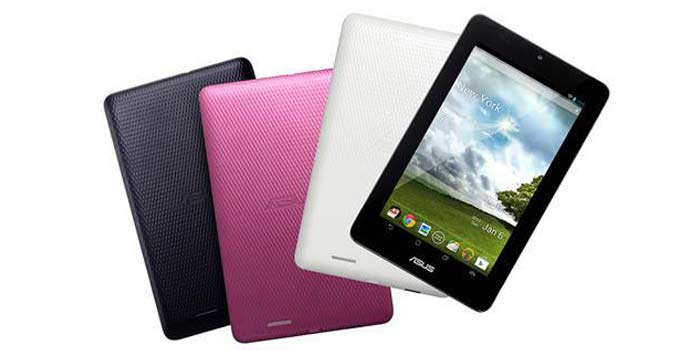 The FCC documents have also provided a good deal of hardware details which is quite surprising. Phone Arena notes that the tablet will have a 7-inch 1200 x 1920p IPS LCD display, putting it in the same category as the Nexus 7 2013 model. And the Intel processor used here is the 64-bit Atom Z3560 which comes in a quad core configuration clocked at 1.8GHz.

Apart from these components, the slate will also sport a 5MP rear camera, a front snapper for video calling and selfies, a 3.95Ah battery and connectivity radios such as Bluetooth, Wi-Fi, and GPS. For storage, we could be looking at 16GB or 32GB of internal memory.

Here’s an overview of the leaked Asus K007 specs:

The Asus K007 is clearly a high-end tablet and our wildest guess is that it could just be the next Nexus considering that the current 7-inch pure Android slate has been listed as out of stock on the Play Store.