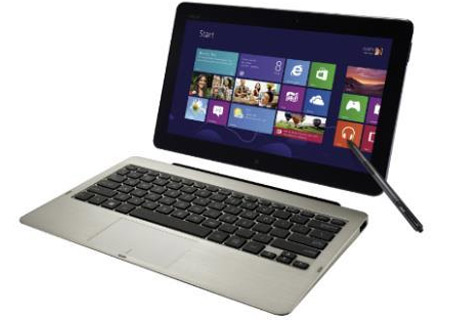 It’s raining IFA 2012 Windows 8 tablet debuts, with the Asus Vivo Tab and Vivo Tab RT devices now joining the party. For those who just can’t put their finger on why the pair looks only too familiar, the slabs previously went by the aliases Tablet 600 and Tablet 810.

Starting with the Vivo Tab, it uses an Intel Atom CPU and 2GB RAM. Arriving with 64GB eMMC for hoarding those movies to be played on the 11.6-inch 1366 x 768 Super IPS+ display, this gadget’s 10-point multi-touch surface should get along well with the accompanying Wacom stylus. The last mentioned is a 1024-level digitizer that’s crafted to deliver a relatively natural writing experience. 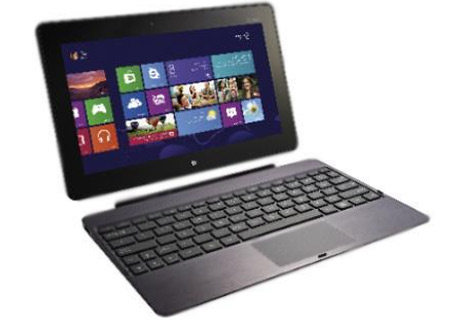 The tablet sports a profile that’s 8.7mm sleek and it tips the scales at 675g. On the back, there’s an 8MP main camera with AF and LED flash, while a 2MP sensor is perched on the front bezel. Apart from NFC, SonicMaster audio is also mentioned among the other key features. But it’s won’t be manifesting the sort of split personality that would amuse us without the dock, of course.

The add-on transforms the slate into a nifty notebook with a full QWERTY keyboard, a couple of USB ports, a second battery and a trackpad. As for the Windows RT version of the Vivo, it has a slick 8.3mm profile and weighs around 520g. It embeds a 10.1-inch Super IPS+ screen, an Nvidia Tegra 3 quad core chip, 2GB RAM, 32GB eMMC storage and the same cameras and NFC as the other.

We’re getting nothing on the Asus Vivo Tab and Vivo Tab RT price and release date information as of now.