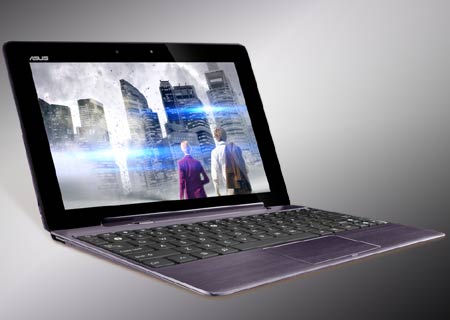 It’s been quite some time since we’ve heard any update on the Asus Transformer Pad Infinity TF700 release date and price after its first appearance at the MWC 2012. Well, thanks to a Best Buy listing and a few reports online, these details for the Android Ice Cream Sandwich-powered tablet are now known.

Being the Wi-Fi only variant of the slate, the device is fitted with a quad core Nvidia Tegra 3 processor which proffers a 12 core GeForce GPU and clock speeds of 1.6GHz. There’s a 10.1-inch IPS display with resolutions of 1920 x 1200 pixels dominating the front, while the rear plays house to an 8MP AF camera that’s accompanied by an LED flash and 1080p video recording. A second snapper is allocated to the front for face-to-face conferencing.

Also fitted within dimensions of 263mm x 180.8mm x 8.5mm are 1GB of DDR3 RAM, options of 32GB or 64GB in storage, a microSD card slot, a micro-HDMI 1.4a output, Wi-Fi 802.11 b/g/n and Bluetooth 3.0. Weighing just about 598 grams, it incorporates a 25Wh battery that’s capable of delivering up to 9.5 hours of activity or 14 hours via the additional 19.5Wh pack included with the dock extension. Earlier this year, Asus announced that the device will also come in a 4G LTE enabled version powered by a Qualcomm Snapdragon S4 Krait processor. 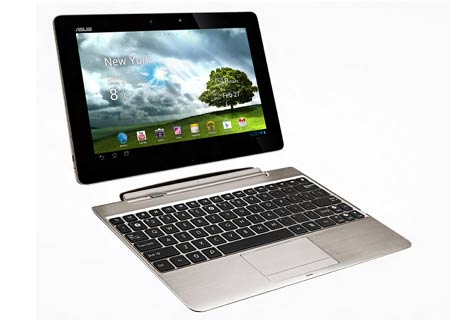 The Asus Transformer Pad Infinity TF700 release date and price details have surfaced through Engadget. The post states that the device will launch in the US on July 16, 2012, affixed with $499 and $599 tags for the 32GB and 64GB variants, respectively. Potential users will have to shell out an additional $149 for the keyboard dock.