While the Asus Transformer Book V is being hailed to be the ‘world’s first five-mode, three-in-one converged laptop,’ its Transformer Book T300 Chi cousin has been granted the ‘world’s thinnest 12.5-inch tablet display.’ However ultra-specific these tags may be, the two beasts from the Taiwanese company are indeed seeming quite interesting.

Let us take you through the main attributes of the Transformer Book V first. It’s actually a Windows and Android laptop and tablet featuring a detachable Android smartphone. If that’s too much to handle, we’ll make it simpler for you. It’s a tablet-laptop hybrid like the HP Split x2 and it houses a dock for an Android phone like the PadFone X. 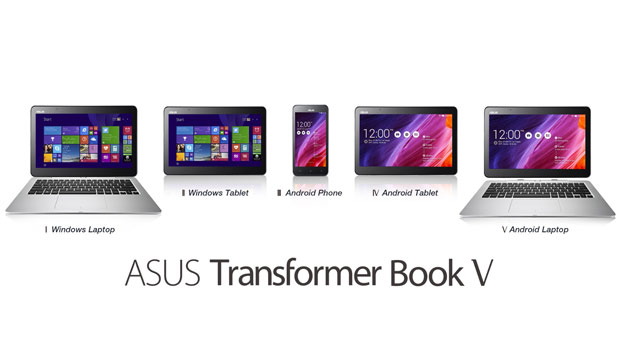 The hybrid’s display is a wide one at 12.5-inch, whereas its RAM is set at 4GB. While the tablet has been equipped with 128GB of storage, the keyboard dock houses a 1TB unit inside it. Coming to the phone, it offers 2GB of RAM, up to 64GB of storage and a combination of 8MP/2MP cameras, aside from the advanced Intel processor of course. 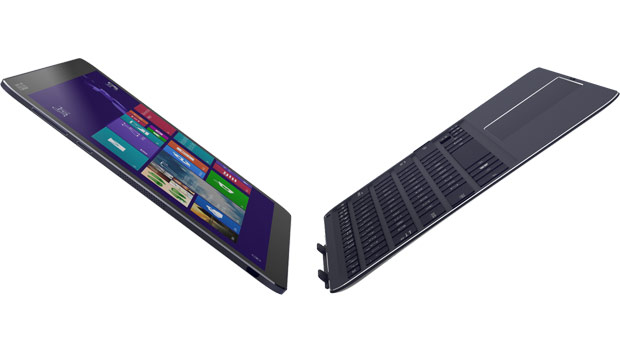 Next is the Asus Transformer Book T300 Chi, a hybrid which is highlighted by its wide 2560 x 1440 display. At 12.5 inches, it’s the world’s thinnest detachable tablet of its class. It will run on Windows 8.1 and grant support for LTE networks. The slate itself measures in at just 7.3mm, while it reaches up to 14.3mm when docked.