The Asus Transformer Book Trio which is a hybrid in both software and hardware departments, is all geared up to make its debut in the UK on November 11, its maker has announced. Asus will be selling this dual processor-equipped device at a price of £899.99 through Amazon, Ebuyer and John Lewis.

Like we said, the product features flexibility in terms of both its hardware and software. It’s essentially a touchscreen laptop which runs the Windows 8 OS, but when detached, its screen is a tablet that makes use of the Android 4.2 to showcase its operations. 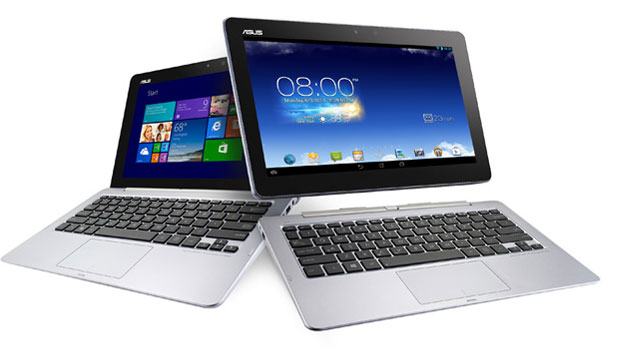 Users can seamlessly switch between these two operating systems by pressing the device’s Trio key, allowing them to even share data between the storages of both the tablet and the laptop. Equipped with a metallic design, the Asus Transformer Book Trio gains a keyboard dock as well as an 11.6-inch full HD display.

On the other hand, the Android tablet gains steam from an Intel Atom Z2560 CPU, and reserves 2GB worth of LP DDR2 memory for random access. And then there’s 16GB of onboard storage as well. The tablet houses on its rear a 5MP snapper, while a 720p HD camera finds space on its front. Moreover, it even gains its own 802.11n (2.4GHz) Wi-Fi radios, Bluetooth 3.0, a micro-USB 2.0 port, a 3.5mm headphone/mic jack and a microSD card slot. 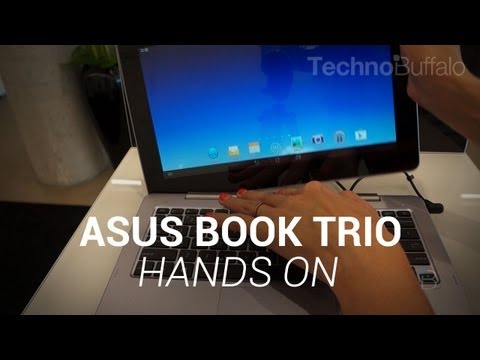 Although the ASUS Transformer Book Trio has been announced for the UK, hopefuls living in the US are out of luck still, as the company still hasn’t divulged details about its plans for the States.