Asus seems to be on fire, even as it has accompanied its other big launches at the Computex trade show with the unveiling of the highly impressive Transformer Book T100HA hybrid tablet. This offering is highlighted not only by the fact that it will be one of the first devices to run Windows 10, but also by the promise that it will provide a whopping 14 hours of battery life.

This 10.1-inch tablet is of course accompanied by a keyboard attachment. While the resolution of its display is not known at the moment, it has indeed been mentioned that the Asus Transformer Book T100HA will bear a thickness of just 8.45mm. Moreover, this device has been announced to feature an overall weight of only 580gms.

Asus has said that its new slate has been blessed with a metallic finish, and will be made available for purchase in silk white, tin grey, aqua blue and rouge pink color options. As for its internal setup, users will be able to take advantage of quad core Intel Atom Cherry Trail X5 series processors. 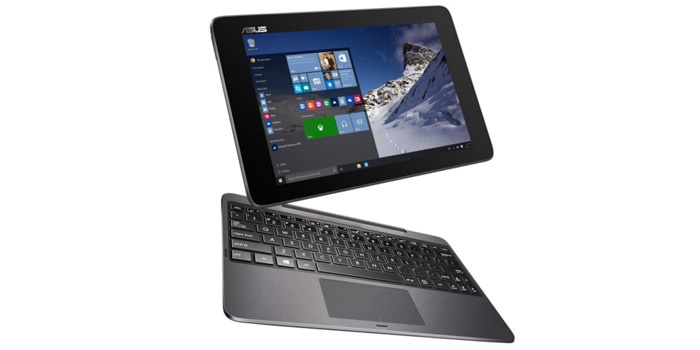 This CPU will be accompanied by 4GB worth of RAM, according to the company. Furthermore, a USB Type-C port has also been revealed to form part of the offerings of the new Transformer Book T100HA. The fact that it will run the Windows 10 OS will give quite an edge over its competitors of course.

There are no particular price and release date details about the new Asus Transformer Book T100HA, but we do know that the company is planning to launch it in the third quarter of 2015. Windows 10 on the other hand will be arriving on July 29, in case you’re not aware.