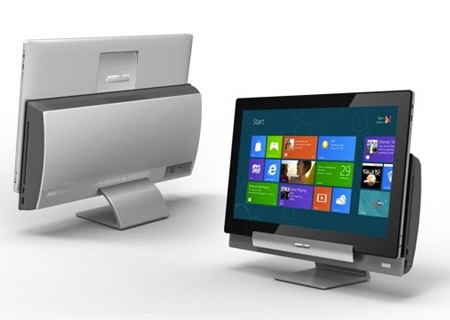 Along with the Asus Transformer AiO a ‘part tablet, part all-in-one PC,’ the Taiwan-based manufacturer has launched a host of other devices including the Tablet 810 and Tablet 600 slates. The latter two gadgets take their place amongst the first wave of Window 8 slabs.

Possessing a touchscreen that stretches 18.4 inches diagonally, the Transformer AiO not only announces itself as a desktop replacement, but can also be used as a handheld tablet. To complement this transformable attribute, the device can boot into 2 different platforms. Users should be able to seamlessly switch between the Windows OS or Android, based on their preference. Moreover, the company states that the AiO is even designed to run Microsoft’s latest platform. For ease of input, the gadget employs a 10-point multi-touch LED backlit display.

Moving on to the recently unveiled slates, the Tablet 600 houses a 10.1-inch display with the Super IPS+ technology portraying a resolution of 1366 x 768 pixels. Fitted within its sleek form factor is the quad core Tegra 3 SOC from Nvidia which packs in a 12-core GPU for an enriched gaming experience. Accompanying the processor is 2GB of RAM and 32GB of eMMC flash storage. This slate runs on the Windows RT platform. 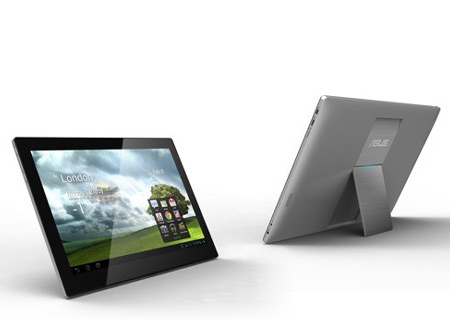 The Tablet 810 comes preloaded with a full-fledged version of the Windows 8 OS. Employed within this device is a next generation Intel Atom processor that’s backed by 2GB of RAM. Similar to its inch smaller sibling, this slate is bundled with the Super IPS+ technology through an 11.6-inch 1366 x 768p display. Both devices are accompanied by a mobile dock, through which users can benefit from a full QWERTY keyboard, a trackpad, a USB port and an extended battery life. Other features include the SonicMaster audio technology and NFC.

The Asus Transformer AiO and Tablet 810 as well as Tablet 600 price and release date information is currently under wraps.