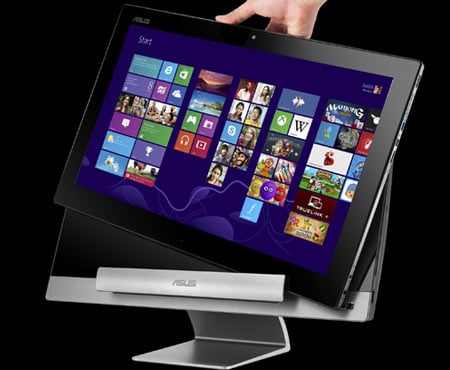 Asus goes on to be the first company to bring an all-in-one with a detachable tablet called Transformer Aio P1801 in India, which will be made available for a starting price of Rs 86,999. When in the desktop mode, the system runs on the Windows 8 OS and as soon as the screen is detached, the standalone tablet makes the most of Android Jelly Bean 4.1. A dedicated button on the chassis makes it easy to switch between the two platforms without any hassle.

The dual OS Asus Transformer AiO P1801 drags along a desktop PC station, powered by the third generation Intel Core i3 or i5 processors. Its tablet, on the other hand, acquires multitasking properties from the Nvidia Tegra 3 quad core processor. The system is specifically aimed at executives, architects, design studios and lifestyle buyers amongst others. 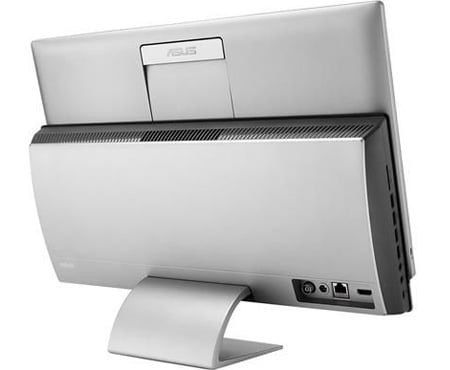 Apart from using the detachable screen as a tablet, prospective customers also have the option of employing it for controlling the Windows 8 PC with the assistance of the wireless Remote Desktop technology over Wi-Fi. This comes in handy for wirelessly accessing productivity and entertainment software from almost anywhere at home.

Its LED-backlit IPS 10-point capacitive multi-touch display measuring 18.4 inches, can render clear and high definition visuals in 1920 x 1080p resolution. A 1MP camera has been fitted on the slate’s front panel and it boasts of 2GB of DDR3 RAM as well as 32GB of internal memory. The tab with dimensions of 294 x 466 x 18 millimeters, draws power from a 38W lithium-ion battery and comes with all the usual attributes like Wi-Fi, Bluetooth, a mini USB port, a 3.5mm audio jack and a microSD card slot to name a few.

As for the PC system, it has been integrated with an Nvidia GeForce GT 730M GPU as well as a 1TB SATA hard drive. The device can be configured with up to 4GB of DDR3 RAM as well. It measures 267 x 466 x 162 millimeters and tips the scales at around 4.1 kilograms. The all-in-one’s connectivity options are inclusive of Wi-Fi, USB 3.0 ports, a USB 2.0 port, an HDMI output, a headphone-microphone combo jack, a 3-in-1 memory card slot and Bluetooth 4.0. 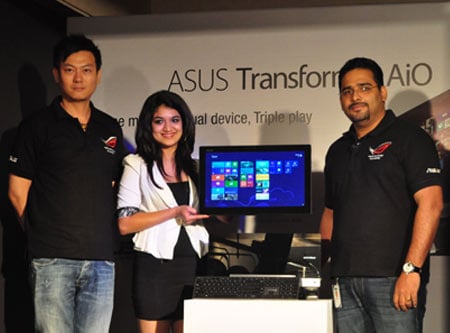 Key specifications of the PC system: