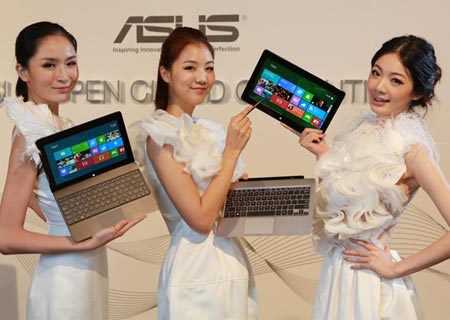 A combination of a tablet and a notebook in a single form factor is what the Asus Taichi and Transformer Book convertibles are all about. The former device sports two flippable displays, one on the outside and a second under the lid, while the latter gadget has a touchscreen which can be conveniently undocked from its keyboard extension.

Announced to arrive in 11.6-inch and 13.3-inch versions, the Taichi employs double-sided LED-backlit displays – the one under the hood flaunts FHD resolutions. With an aim to play the role of both a notebook and a tablet, it packs in a full-sized QWERTY backlit keyboard and a trackpad to deliver a laptop-like feel, while closing the lid converts the device into a slate with multi-touch capabilities and stylus support. So what powers this acclaimed new concept of computing? Asus has embedded it with the third generation of Core processors from Intel along with SSD storage and dual band Wi-Fi 802.11n connectivity.

“At Asus we have been incubating for the arrival of this exciting era for several years. We believe that an open and balanced architecture can provide the best, ultimate solution for the new ubiquitous cloud computing era,” commented Asus chairman, Jonney Shih. 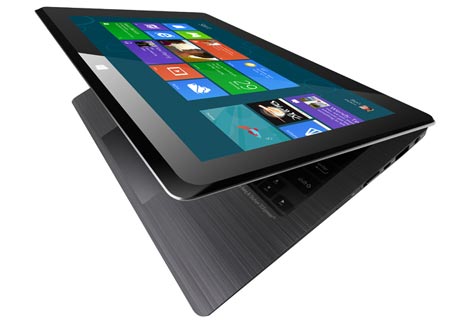 Said to be the world’s first convertible notebook, the Transformer Book seems to have a different approach to the part-PC part-tablet concept through its detachable screen. Incorporated within this device is one of the latest Core i7 processors which is accompanied by discrete-class graphics, options of SSD or HDD storage, 4GB of DDR3 dual channel RAM and USB 3.0 connectivity. Potential users will also have choices of 11.6-inch, 13-inch and 14-inch variants proffering FHD resolutions and multi-touch capabilities through IPS panels.

The Asus Taichi and Transformer Book release date and price details are still under wraps.