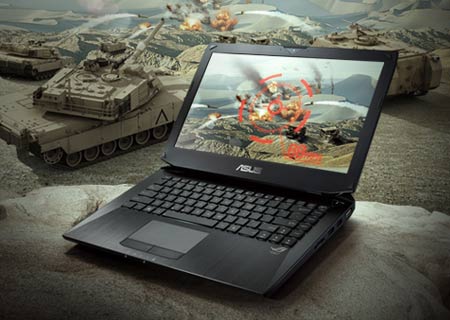 The Asus ROG G46VW laptop was recently announced by the company to possess a host of high-end hardware combined with gaming-focused features. This rig is based on the third generation Intel processors and the latest Kepler-based graphics from Nvidia, a combination seen in a majority of gaming systems out there.

The notebook falls within the 14-inch category and it manages to pack in quite a punch through high-end components. Based on what the company claims, the device is highly ‘transportable’ and it features a lightweight design crafted from soft-touch and damage-resistant materials. Various aesthetics from the G Series have been adopted here and the laptop even employs a backlit keyboard in addition to an illuminated ROG logo for a more stylish appearance. There’s also a touchpad that supports gesture input. 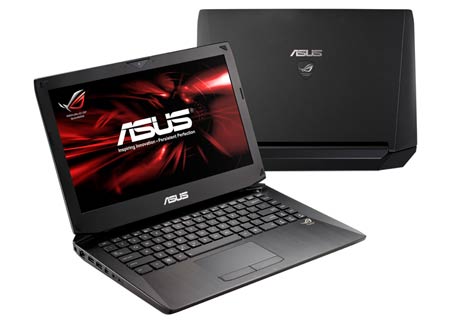 Coming to the technical specifications of this device, it houses a 14-inch wide-view anti-glare display for visuals. Since the G46VW is built for gaming, the innards comprise of none-other than the latest Ivy Bridge Core i7 processors and a GeForce GTX 660M GPU which tags along 2GB of GDDR5 video memory and the Optimus technology. Storage needs are taken care of by an SSD and there’s also Thunderbolt connectivity for quick data transfer rates of up to 10Gbps. To keep things cool, the company has incorporated dual rear-venting exhausts and two fans. The laptop can deliver approximately 6 hours of battery life or up to 14 days of standby.

There’s no telling when we might get to see the ROG G46VW gaming laptop in action. And we doubt Asus plans to keep the notebook’s release date and price details under wraps for long.