Asus sure has outdone itself with its new smartphone lineup which comprises of the ZenFone 2 and the ZenFone Zoom. We were certainly expecting more handsets in the series, but the duo unveiled have definitely surpassed our expectations – Have a look for yourself.

The Asus ZenFone 2 is a basically a high-end flagship-class release with an affordable price tag of $199. For this amount, you get some pretty impressive features including a whopping 4GB of RAM. There’s also a 2.3GHz quad core Intel Z3580 processor onboard with Android 5.0 Lollipop and a new version of the ZenUI. 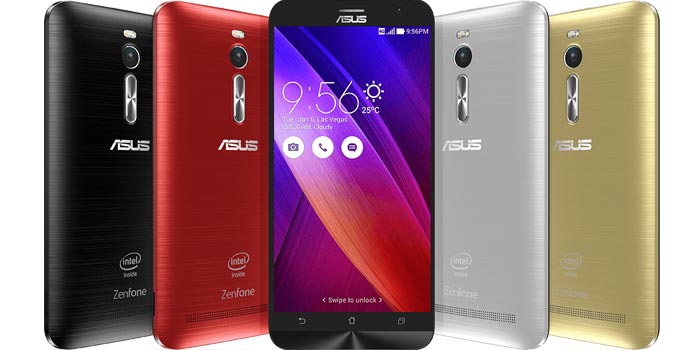 For storage, you’ll be treated to options of 16GB, 32GB and 64GB as well as a microSDXC card slot. The Asus phone flaunts a 5.5-inch 1080p display with Gorilla Glass 3 and a 5MP camera on the front, while a 13MP shooter is placed on the rear. Both sensors are complemented by DSLR-like software enhancements.

Additionally, you get a 3000mAh battery, Wi-Fi ac, NFC and 4G LTE with dual SIM card slots. We knew Asus was working on something camera-focused, but the ZenFone Zoom was certainly not what we had in mind. The handset looks a lot like the ZenFone 2 from the front, but it has a large camera on the rear with a design that’s clearly inspired from the Lumia 1020 and Lumia 830 from Microsoft. 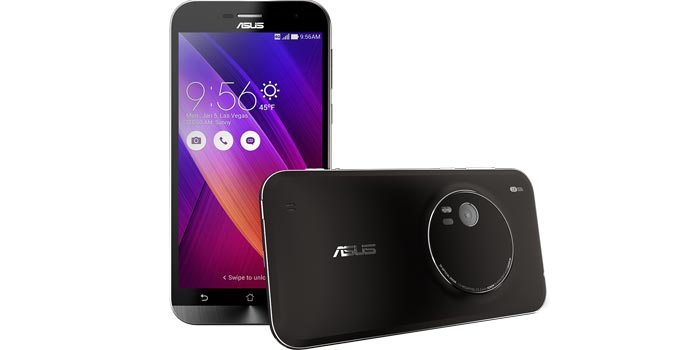 The Asus ZenFone 2 will go on sale in Q2 2015 for the aforementioned amount, while the ZenFone Zoom will hit stores around the same time for $399.