Asus’ PadFone devices have been around for a couple of years now, but none of them have made it to the US officially. Well, all of that is about to change as the company has announced a new model, the PadFone X, which is destined for launch through AT&T in the near future.

Like the new PadFone mini, the PadFone X is going to be different from its counterparts. The device will feature the same 5-inch display like the current Infinity model, but the tablet dock will be 9 inches wide instead of the standard 10.1-inch panel seen on previous models. Asus notes that both screens will offer visuals in 1080p FHD resolution and that the device will also run Android 4.4 KitKat out of the box. 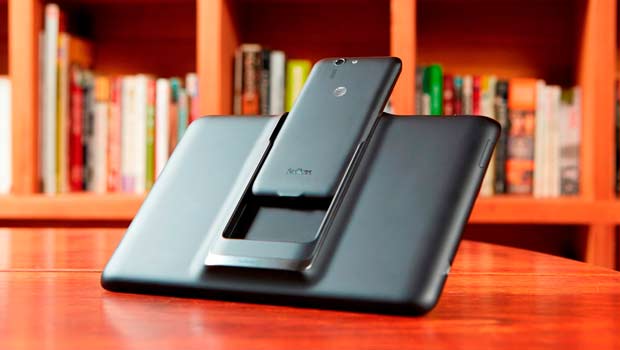 The PadFone X features a brushed metal frame and a soft-touch back cover. There are dual speakers on the front and the overall design is said to be lightweight and slim. Asus isn’t ready to part with the complete details regarding the smartphone-tablet combo, but it does note that users can expect a seamless experience when docking the handset to the tablet and long activity life through the combination of dual batteries.

No specifications of the PadFone X have been revealed, but considering that it supports LTE-Advance on AT&T, the device is most likely to have a Snapdragon 800 processor under the hood. Rest of the hardware is likely to be the similar to that of the current PadFone Infinity. 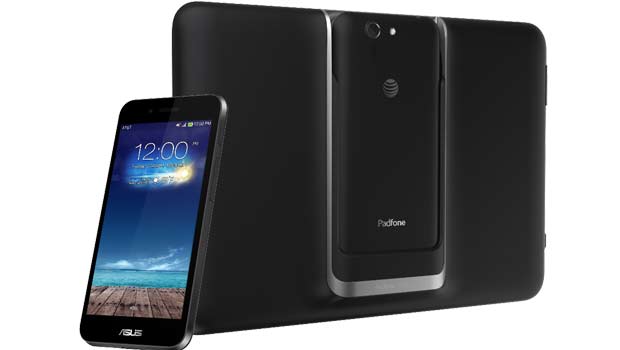 AT&T hasn’t provided any price or release date as yet, but notes that these details along with specifications will be revealed at a later date. PadFone devices are usually expensive, so expect to be charged a premium for the PadFone X when launched.