Just a few days back, the Asus PadFone S was leaked online and based on the information provided, it looked to be very similar to the PadFone X which is exclusive to AT&T for sale in the US. Well, the company has officially announced the device’s existence, disclosing that it will be launched globally in the coming months.

When, where and for how much it will be available is what Asus is currently keeping mum about. The PadFone S is basically a smaller version of the Infinity, but it’s no slouch where performance is concerned. It does, however, have slightly older hardware compared to what current flagships are packing. The smartphone features a 5-inch display with 1080p resolution and there’s a 2MP camera on the front. 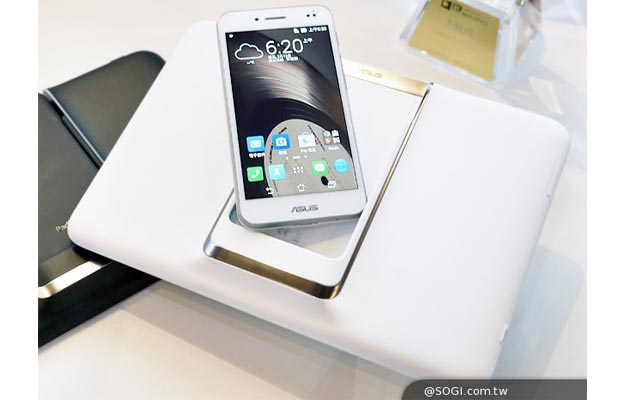 The rear flaunts a 13MP sensor and there’s a 2.3GHz quad core Snapdragon 800 processor delivering the steam from the inside. For memory, Asus has provided 2GB of RAM, 16GB of flash storage and a microSD card slot with up to 64GB support. The phone also carries a 2300mAh battery. The PadFone Station is just 8.9 inches compared to the 10.1-inch design on the Infinity. Nevertheless, the resolution here is 1920 x 1200p and the dock also offers dual speakers along with a webcam and a 4990mAh battery.

Here are the key specs of the phone:

Engadget also notes that the company has refreshed its ZenFhone lineup. The ZenFone 5 A500KL comes with 4G LTE connectivity and a 1.2GHz quad core Snapdragon 400 processor, while the ZenFone 4 handset now sports a faster chipset from Intel.