The Asus PadFone comes to India carrying a price tag of Rs. 64,999 and it can be purchased through select e-retailers in the country. The multitasking device can act as not only a smartphone, but also a tablet and a laptop when coupled with the PadFone station and a keyboard dock.

Powered by the Android Ice Cream Sandwich platform, the handset sports dimensions of 128 x 65.4 x 9.2 millimeters and tips the scales at 129 grams. A 1.5GHz dual core Qualcomm Snapdragon S4 8260A processor rests under the hood along with 1GB LPDDR2 RAM and it draws power from a 1520mAh lithium battery. The device features a 4.3-inch qHD Super AMOLED capacitive multi-touch display of 960 x 540p resolution. It has a scratch-resistant Corning Gorilla Glass coating with an HCLR film too. A front-facing VGA webcam and an 8MP AF camera with LED flash have also been thrown into the mix. 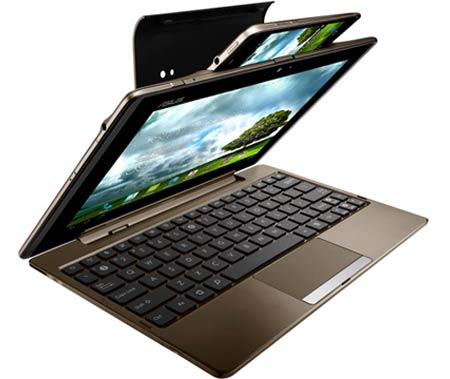 Furthermore, the Asus gadget is complemented by a PadFone Station that measures 273 x 176.9 x 13.55 millimeters. When connected to this accessory, the smartphone transforms into a tablet as the accompaniment employs a Corning Gorilla Glass-reinforced 10.1-inch WXGA TFT capacitive touchscreen display of 1280 x 800p resolution. It is integrated with a 6600mAh lithium battery and armed with a 1.3MP front snapper.

The release date of the Asus PadFone has been revealed as October 18 by eBay.in, while it can be purchased in the US for $860. 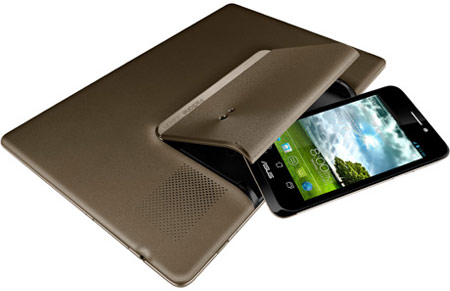