Asus PadFone plays the role of 3, a smartphone, tablet and notebook 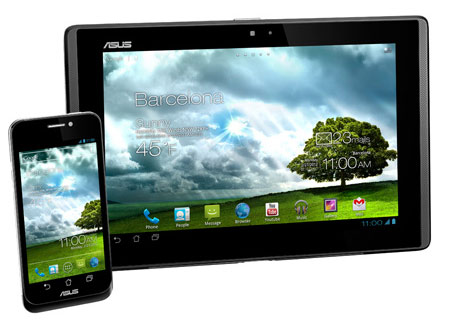 Along with a host of devices, a certain Taiwan-based manufacturer recently unveiled its updated Asus PadFone. Similar to its predecessor, this handset can be conveniently transformed into a tablet or a notebook through accessories such as the PadFone Station and PadFone Station Dock.

To power up this offering, the company has employed a dual core Qualcomm Snapdragon S4 8260A processor that’s clocked at a frequency of 1.5GHz along with a 1520mAh Li-ion battery. Built around dimensions of 128mm x 65.4mm x 9.2mm, the phone wraps in a Super AMOLED display which stretches up to 4.3 inches diagonally and portrays a qHD resolution of 960 x 540 pixels. Storage-wise, users can choose between options of 16GB, 32GB or 64GB of eMMC flash memory. 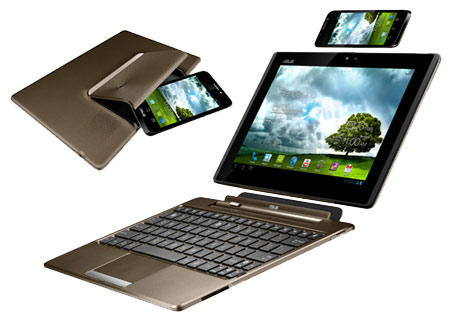 This Android Ice Cream Sandwich-powered smartphone is also equipped with an 8MP camera and a Fuji image processor for snapping up stills. As per the specs sheet, it houses a microSD card expansion bay, Wi-Fi 802.11 b/g/n standards, a Qualcomm GPS module, a front facing VGA camera for video calling, a 3.5mm audio jack and 1080p full HD video capture as well as playback abilities.

When combined with the PadFone Station accessory, the activity life of the device is said to be increased to around 5 times its capacity. The extension provides users a 10.1-inch display that’s powered by the company’s Dynamic Display technology. An optional keyboard dock can further be attached to the accessory to convert the tablet form factor into a portable notebook design. Upon availability, potential users can also pickup the PadFone Stylus headset that acts as stylus pen as well as a headset for attending calls.

The Asus PadFone release date and price details haven’t been disclosed by the company as of now.