Asus seems to be following the footsteps of Samsung and LG by launching multiple variants of its smartphone-cum-tablet design called the PadFone. The company has already taken the wraps off two mini versions, one flagship for AT&T in the US and a mid-range option as well. Today, it has added yet another device to the lineup, the PadFone Infinity Lite that’s a toned down version of the high-end model.

While you’d expect the Asus PadFone Infinity Lite to come with mediocre specs, you’re going to be surprised to know that the company plans to offer it with some pretty high-end features. The handset has a 5-inch Super IPS touchscreen with 1080p FHD visuals and 441ppi pixel density. Instead of a Snapdragon 800 SOC which is found in the current flagship, this one will have a quad core Snapdragon 600 chipset clocked at 1.7GHz. 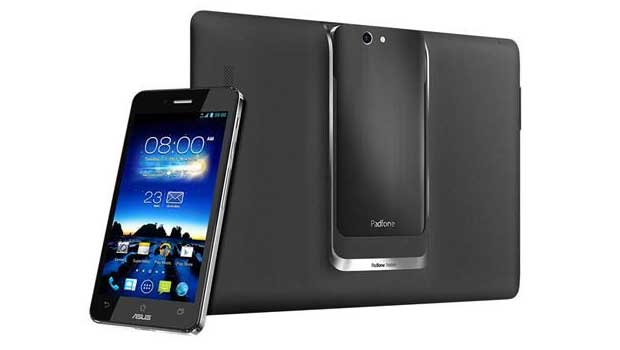 According to Chinese blog Sogi, the phone will also have 32GB ROM, 2GB RAM a 13MP rear camera, a 2MP front snapper and a 2400mAh battery. Coming to the Asus PadFone Infinity Lite tablet dock, the company has retained the 10.1-inch design. The display delivers 1080p visuals and it’s accompanied by a 1.3MP front camera. There’s also a 5000mAh battery onboard.

All-in-all, it looks like the company has pulled a Samsung by rebranding its early 2013 PadFone Infinity which has very similar specifications compared to the Asus PadFone Infinity Lite. The biggest downside here is that the device will run on Android 4.1 Jelly Bean and there’s no mention on whether it will be updated to a newer version.