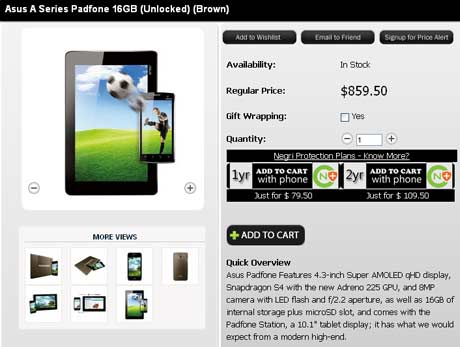 The Asus PadFone is finally here. This device capable of serving the purpose of a smartphone, a tablet and a netbook, has been put up for sale through Negri Electronics in the US for a whopping $860. But the company hasn’t made an official announcement regarding its availability status.

The product page of this multi-functional gadget on the aforementioned retailer’s website was spotted by Phandroid, who believes the price is justified as the device in question is the imported version complete with the Asus PadFone Station. This station features a 10.1-inch display and a bay on the rear side to accommodate the smartphone. Additionally, it can be used with the optional keyboard dock that is capable of transforming the phone into a portable netbook. 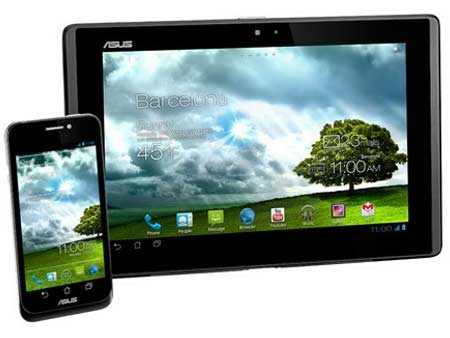 Powered by the Qualcomm Snapdragon S4 processor and 1GB RAM, this smartphone has also been included with the Adreno 225 GPU to render decent graphics. The handset’s front panel is graced by a 4.3-inch Super AMOLED qHD multi-touch display that delivers visuals in 540 x 960p resolutions along with a VGA webcam, while its rear panel is fitted with an 8MP camera. It binges on the latest Android Ice Cream Sandwich platform.

Besides a larger screen, the PadFone Station also serves as an extended battery charger for the handset. It boasts of seamless transition of applications between the phone and the tablet and requires just one SIM card for both the slate and the smartphone. Its 16GB internal memory can be extended using a microSD card of up to 32GB capacity. 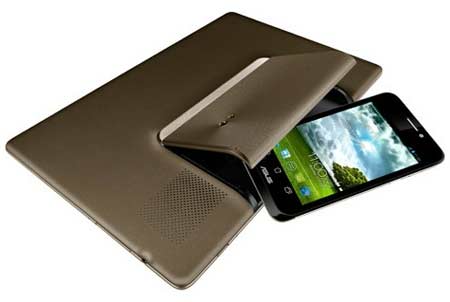 The Asus PadFone price is tagged at $859.50 through Negri Electronics.