Asus PadFone 2 price gets a mention in UK, comes in black and white options 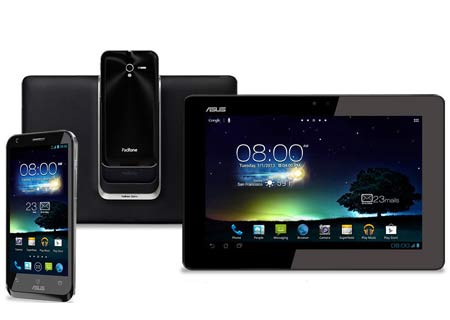 A £599.99 price is what the PadFone 2 is currently carrying in the UK and a few retailers have made the Asus combo device available for purchase. While the official website and a couple of sellers state that it comes with Android 4.1 preloaded, others indicate that the Ice Cream Sandwich platform will run the show and there’s no telling how long an update to version 4.2 will take.

The successor to the PadFone 2 dubbed Infinity was recently announced at the MWC along with the 7-inch Fonepad tablet that packs in 3G voice calling. The device in question is a combination of 2 gadgets, a smartphone and a tablet. The former is the main driving force of both. It measures 137.9mm x 69mm x 9mm in dimensions and weighs not more than 135 grams. A 1.5GHz quad core Qualcomm Snapdragon S4 Pro Krait processor does all the heavy lifting from the inside with 2GB of RAM. 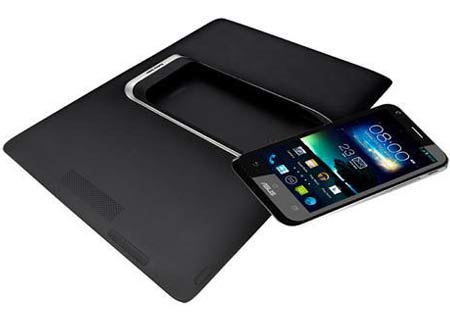 Visuals are delivered through a 4.7-inch HD Super IPS+ touchscreen that has a scratch-resistant glass coating. There’s a 13MP camera on the rear that proffers features such as AF, an f2.4 aperture and a 5-element lens. The 2140mAh Li-ion battery can render 16 hours of talktime or 336 hours of standby over 3G. Coming to the dock station, it packs in a 10.1-inch WXGA IPS screen with an anti-fingerprint coating and Corning Gorilla Glass. Owing to its 5000mAh power pack, users can expect the device to deliver approximately 36 hours of talktime when docked.

Currently, only the 32GB version of the Asus Padfone 2 is available for purchase in the UK for the aforementioned sum through Amazon, Clove, Expansys and Ebuyer in black and white choices. The 16GB and 32GB options are up for pre-order, albeit no details regarding their release date or retail amounts have been disclosed at this point of time. The Infinity is expected to go on sale sometime during Q2 2013 for €999. 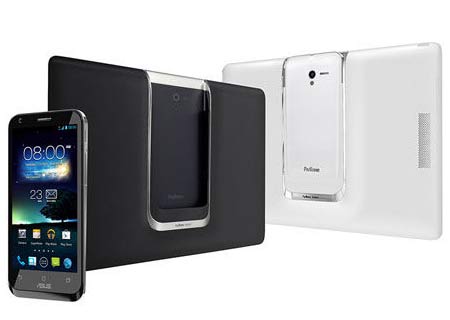