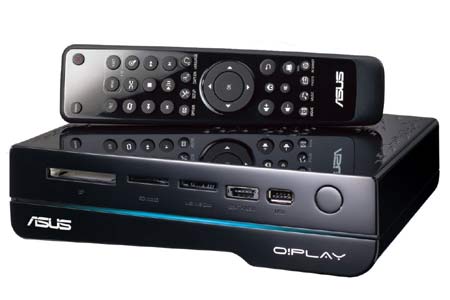 People who cannot commence their dawn-to-dark without letting an idea of spending it pleasantly penetrate into their minds may sound thrilled on hearing this interesting tidbit. To please consumers with pure entertainment, Asus recently announced its stylishly devised O!Play HD2 media player with USB 3.0 support.

Sponging up nearly 70 seconds to transfer an entire high-definition movie, the player elongates the amount of content users can keep with support for 3.5-inch hard drives and an easy swap-and-store design. Apart from this, users can configure the variant as a network attached storage device for seamless network integration.

Pyramiding the dimension ‘desirability,’ it makes the scene with pre-set with iTunes, Samba and standard FTP server functions. Users can conveniently manage their content and data quickly at the same time. Further, the media player features the ability to work as a jukebox, with on-demand browsing of stored music files.

The O!Play HD2 also delivers access to live streaming of more than 20,000 radio stations, Picasa and Flickr, along with a wealth of infotainment, including weather and stock quotes. Embedding support for a myriad of popular formats, the device ascertains to back up Dolby TrueHD decoding and pass-through, benefiting from Blu-ray disc quality to generate 100 percent lossless audio.

For theatre-like enjoyment, users can dote on its 7.1-channel audio output. With this around, users can also use their coveted iPhone as a remote control.