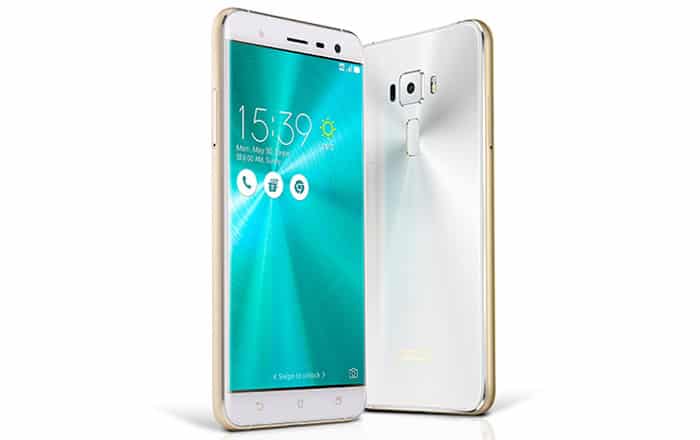 Asus has officially taken the covers off its new ZenFone 3 series of phones, overhauling everything from the look of the handsets to its specs. The new all-metal look lends a certain degree of sleekness to the smartphones, while fingerprint scanning abilities allows for a greater amount of protection.

The Asus ZenFone 3, ZenFone 3 Deluxe, and ZenFone 3 Ultra have a few features in common. For instance, all three carry an 8MP selfie snapper imbued with an 85-degree wide-angle lens. Each of the phones primary snapper further boasts of both optical image stabilization and electronic image stabilization for shake-free snaps and videos.

Starting off with the ZenFone 3, the device is priced at $249 (roughly Rs 16750). It sports a 5.5-inch IPS LCD 1080p display with a layer of Gorilla Glass 3 on both its front and back surface for added protection. It’s the first smartphone in the world to house Qualcomm’s new octa-core Snapdragon 625 processor which is aided in its tasks by 4GB of RAM.

Photography hounds can take advantage of a 16MP rear camera equipped with a Sony IMX298 sensor, PDAF, dual-tone LED flash, an aperture of f/2.0 and color-correction RGB sensor. Other top specs include 64GB of internal storage, a 3000mAh battery and USB Type-C connectivity.

Moving on to the ZenFone 3 Deluxe, the handset looks similar to its sibling with a number of key differences. For one, Asus claims that it’s the first full metal smartphone with an antenna-free design on its back. It carries a 5.7-inch super AMOLED 1080p screen, a 23MP main snapper, 3000mAh battery, top-of-the-line Snapdragon 820 CPU, 6GB of RAM, and 64GB of ROM.

Also See: Asus ZenFone Max gets updated with Snapdragon 615 and other additions [Video]