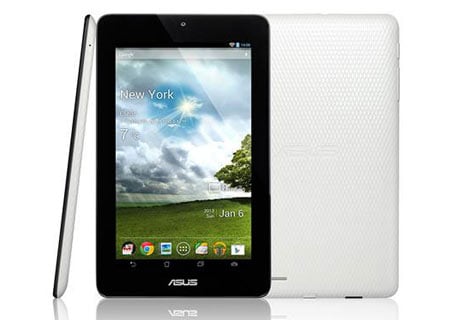 The Asus MeMO Pad release date details have been announced in the UK and the company states that the 7- and 10-inch tablets in the series will be available with £129 and £249 price tags, respectively. Both devices operate on the Android 4.1 Jelly Bean platform and they come bundled with various features that are exclusive from the company.

First up is the 7-inch ME172V slate which is designed keeping portability in mind. The slab has an 11.2mm thick profile and it measures 196.2mm in height as well as 119.2mm in width. The exterior is given a non-slip diamond-patterned finish to deliver a better grip and it comes in titanium grey color only. Moving on to the innards, the company has employed a 1GHz VIA WM8950 CPU that’s clubbed with a Mali-400 GPU for processing needs, and 1GB of RAM for better multitasking. 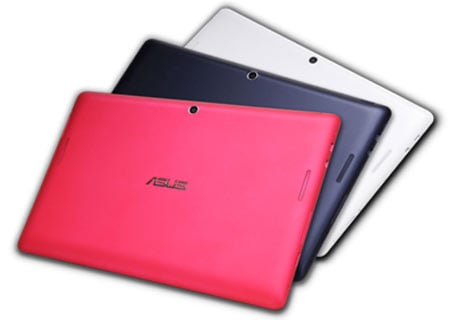 Storage is delivered in the form of integrated 16GB memory and a microSD card slot that can support up to 32GB. A 7-inch 10-point multi-touch LED-backlit touchscreen is layered on the front proffering a resolution of 1024 x 600 pixels with a density of 170ppi and 350nit brightness. There’s also a 1MP f/2.0 snapper fixed near the screen with a BSI sensor and 720p HD video capture. A 4270mAh battery delivers the juice to power up all components for as long as 7 hours.

The 10-inch ME301T tablet was previously announced for the US earlier this month. It packs in a 10.1-inch WXGA LED-backlit screen with 10-finger multi-touch input. The quad core Nvidia Tegra 3 T30L processor clocked at 1.2GHz is put to work with a 12 core GeForce GPU, while 1GB of RAM and 16GB of eMMC flash storage cater to memory needs.

The company has even thrown in a SDHC card slot for expansion purposes. The front dons a 1.2MP snapper and the rear houses a 5MP camera, both capable of video capture. A 19Wh Li-polymer battery strives to deliver 8.5 hours of usage on a single charge. Common highlights shared by both tablets include SonicMaster audio with MaxxAudio speakers, SuperNote Lite, BuddyBuzz, WebStorage, Studio and WebStorage Office amongst others. 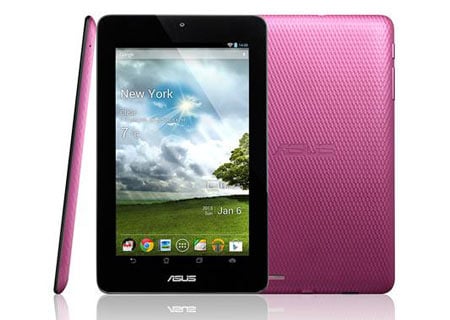 The Asus MeMO Pad 7-inch will be released online and in-store starting mid-April. The 10-inch version on the other hand, can be pre-order now from currys.co.uk, pcworld.co.uk, tesco.com and amazon.co.uk and it will be available through retail outlets such as Currys, PC World and Tesco from March 7.