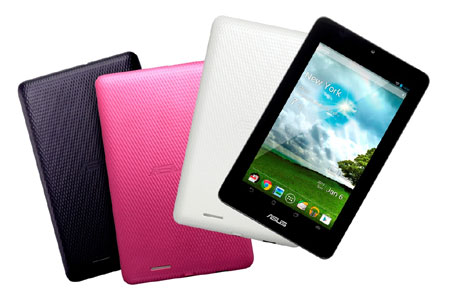 The ME172V comes in three nice color options of gray, white and pink as can be seen above, with an anti-slip diamond pattern on the back. As a processing heart, it has the VIA WM8950 SoC which makes use of an ARM Cortex-A9 processor running at 1GHz and a Mali-400 GPU for backup. This, coupled with 1GB of RAM, allows for multi-tasking with floating apps. 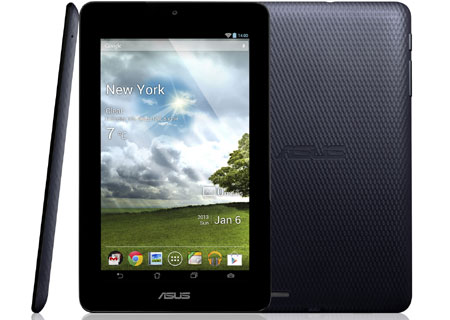 And it isn’t left behind in terms of the platform. It makes use of Android 4.1 (Jelly Bean) and has 7 inches of screen real estate with a TN display capable of provided wide viewing angles at a 1024 x 600 pixel resolution. The company says this is the perfect size for reading on the slate and browsing the web.

8GB of internal memory is a welcome addition, but should it prove limited, users always have the option of inserting a microSD card of up to 32GB in capacity to extend storage. There is a 1MP camera on the front which can be used to chat with contacts face to face over the Internet. The slate weighs just about 358 grams and has a thickness of 11.2 millimeters, further adding to its portability and ease of use. 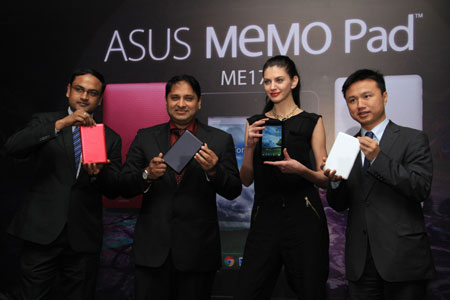 The Asus MeMO Pad ME172V can be purchased in the country, although there hasn’t been any mention of its larger sibling that was launched in the UK, the 10-inch ME301T which had already been revealed for the US earlier in the month.

Have a look at the device’s specifications we’ve listed out below.