Asus has a lot of new goodies to show off at the IFA 2013 and amongst them are two affordable tablets, the MeMO Pad 8 and 10. Both slates are entertainment focused and run on Android 4.2 Jelly Bean for a rich experience. As the names indicate, the former is an 8-inch slate, while the latter will take on the 10-inch segment.

Starting off with the MeMO Pad 8 ME180A, this tablet tips the scales at 350 grams making it highly portable. Accompanying the 1280 x 800p LED-backlit IPS touchscreen on the front is a 1.2MP webcam, while the rear dons a 5MP camera with 720p HD recording. There’s no mention of RAM here, but you can expect to find 8GB of storage, a microSDXC card slot and a quad core 1.6GHz processor. The estimated battery life is slated as 9 hours of HD video playback. The MeMO Pad 10 is not to be mistaken for the Pad FHD 10 which is available in Wi-Fi and 4G LTE configurations. 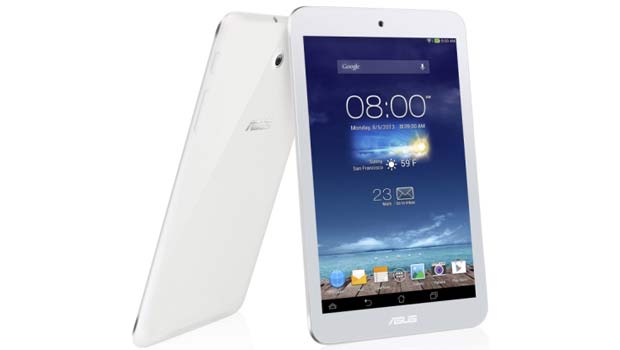 This tablet, like its smaller sibling also sports a 1.6GHz 4-core CPU and an LED-backlit IPS display with HD visuals. The device’s overall weight is pegged at 522 grams and the activity time achievable is approximately 9.5 hours of video playback. The MeMO Pad 10 comes in 8GB or 16GB options along with a microSDXC card slot. It even has a 2MP rear camera. Both devices feature dual speakers with the company’s SonicMaster audio technology.

Where price and release date details are concerned, Asus hasn’t made anything official as yet. The company has also announced the TriCover accessory for both slates which will be available in 3 color options.