Asus launches its own Chromebox with cheaper price of $179

Google has been working hard to get its Chrome OS in the hands of many and it has been patterning with various OEMs to get the job done. Apart from the usual laptops, we’ve seen the company try to breach the desktop and home entertainment markets through the LG Chromebase and Samsung’s Series 3 Chromebox.

Today, Asus is joining the lineup with its own version of the Chromebox which comes in a compact design of just 1.65 inches thick. The mini PC is powered by a fourth generation Intel Haswell processor or a Celeron 2955U CPU. The device is being touted as a home, office and classroom PC by offering quick boot times and access to apps, games and the internet on almost any display. 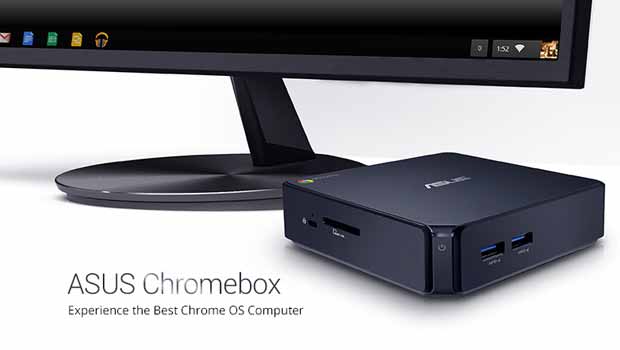 The Asus Chromebox has only 16GB of embedded storage and you also get a SD card slot as well as 100GB of Google Drive space. According to the company, poplar services like YouTube, Hulu Plus and Netflix are supported. For connectivity, the mini PC features LAN, Wi-Fi 802.11 b/g/n dual-band, four USB 3.0 ports, Bluetooth 4.0 and HDMI as well as DisplayPort jacks for connecting multiple screens. The Chromebox supports up to 4K UHD resolution, but only on the Core i3 and i7 models.

The Asus Chromebox is priced at just $179 which is much cheaper than the $329.99 retail tag for Samsung’s version. The mini PC will go on sale in the US next month. 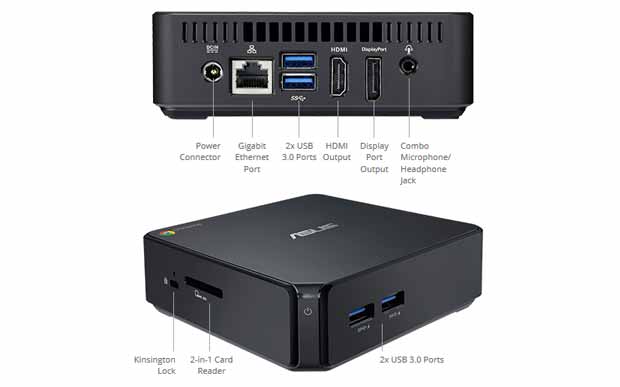 Facebook
Twitter
Pinterest
Linkedin
ReddIt
Tumblr
Flip
Previous article
Samsung Galaxy Gear gets a second price cut, now available for Rs 15,290
Next article
Even HP is working on a Chromebox, but mainly for office and education