So there have been multiple rumors that Asus is working on an Android console of its own called Gamebox and we’ve even seen specs of the device surface. The supposed controller for the system has also been leaked online and it looks like a mix between the GameCube and PlayStation 3 controllers.

The Asus Gamebox has been rumored to be a handheld console like the Nvidia Shield, but the latest leak suggests quite the opposite. Firstly, the controller was spotted at the Bluetooth SIG and it’s said to be a mobile phone accessory as well as designed for home entertainment and gaming. If this is true, the benchmark listing which surfaced earlier this year on the AnTuTu website suggesting that the system will have a 720p HD display could be incorrect. However, there is the possibility of the Asus Gamebox being a tablet. 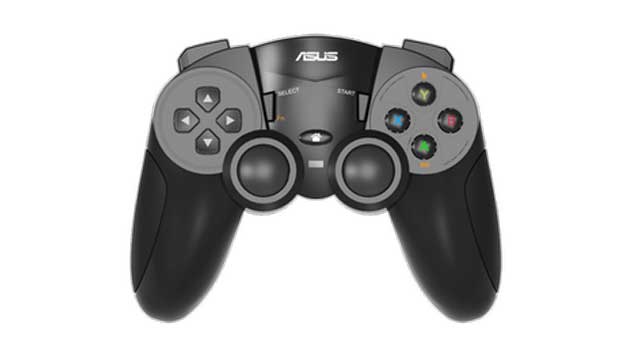 The above image is of the console’s controller and based on the description at the Bluetooth.org website, the device will have Bluetooth 3.0 connectivity with an operational range of 10 meters and a 430mAh battery that can deliver up to 12 hours of activity. Also, the controller is said to be compatible with Android and smart TVs. Design-wise, the company has thrown in dual shoulder buttons (could be two on each side) a D pad, dual analog sticks, four face buttons (A,B,X and Y), start and select keys as well as a home button.

Here are the leaked specs of the Asus Gamebox:

There’s no launch date for the Asus Gamebox as yet, albeit we do know where it could be available. The system will most likely go sale in Africa, Asia, Australia, Europe, North America and South America.