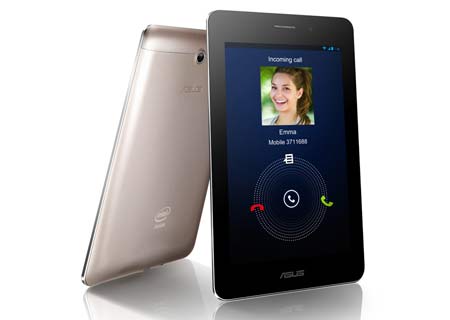 The awkwardly named Asus Fonepad tablet has been unveiled at the MWC 2013 and the company states that the device will be available for a €219 starting price. Additionally, the latest Padfone iteration was also announced alongside the slate in question, carrying the moniker Infinity.

While the latter device packs in the latest generation quad core Snapdragon 600 processor, the Fonepad is powered by none other than the newest Intel Atom SOC, as previous rumors suggested. The Z2420 processor is clocked at 1.2GHz and it is the very same module that made its debut in the Xolo X500 smartphone in India. Accompanying the SOC is 1GB of RAM for smooth performance as well as multitasking and the PowerVR SGX540 GPU for graphics rendering. 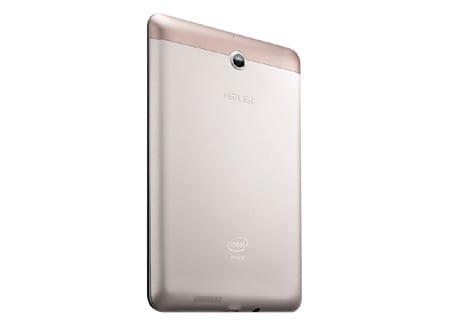 The tablet is dressed in a metallic design with a compact form factor that makes it convenient to use even with a single hand. The device measures 196.6mm x 120.1mm x 10.4mm in dimensions and weighs not more than 340 grams. The front features a 7-inch WXGA 1280 x 800p LED backlight display that has a 10-finger multi-touch input and IPS technology for wide viewing angles.

The Android Jelly Bean platform runs the show here and the slate comes with 3G HSPA+ connectivity which not only proffers data access, but also voice calling while on the move. The company has even thrown in dual microphones for noise cancellation to enable clearer conversations. Buyers will have choices of 8GB and 16GB storage capacities, while a microSD card slot comes loaded with both version. There are dual HD cameras as well, a 1.2MP front-facing one and a 3MP rear-facing AF snapper (optional). Other features bundled with the slate include exclusive productivity applications such as Floating App, SuperNote, WebStorage Office Online and more.

The release date for the Asus Fonepad is expected to fall during March 2013. And just like the Grand Memo, the retail amount as well as specifications are likely to vary based on market location. 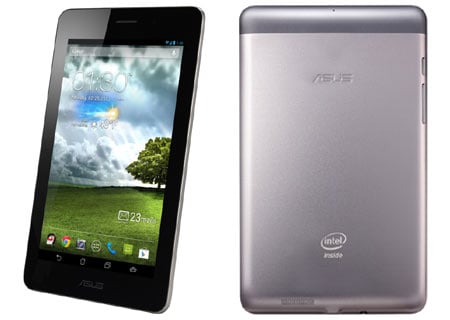 Below is a brief listing of the main specifications: