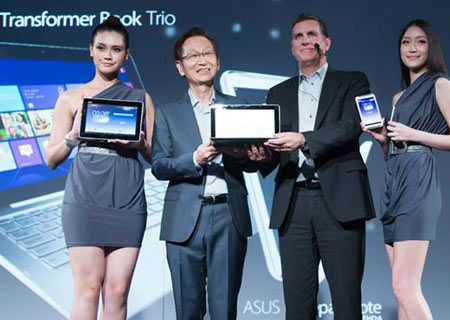 Meet the Asus Fonepad Note FHD 6, an awkwardly named sibling to the 7-inch voice calling tablet that was announced back in February, and the Transformer Book Trio which is a convertible that runs multiple platforms. Both devices have gone official at the Computex 2013 along with the new and improved MeMO Pad HD tablets as well as the Transformer Pad Infinity amongst others.

Clearly, the Fonepad Note FHD 6 aims to give the latest Galaxy phablet a good run for its money. Well, this piece of hardware isn’t the only one with that goal in mind. Acer also launched a large phone at Computex. Dubbed Liquid S1, the device packs in a 5.7-inch HD screen, Android 4.2, and a quad core MediaTek processor. The one in question, however, is more on the beefier side where features are concerned. 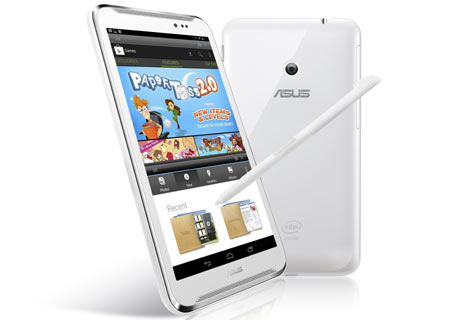 As the name suggests, the device will carry a 6-inch 1920 x 1080p FHD Super IPS+ display, which is the same size as the upcoming Galaxy phablet. The panel employed here has a brightness of 450nits for better visuals in the bright outdoors. Additionally, the phone is amongst the few to come equipped with a 1.6GHz dual core Intel Atom Z2560 processor. The front is also graced with stereo speakers that are powered by SonicMaster technology, and there’s a stylus in tow for handwritten text input.

The Transformer Book Trio is one of the most interesting introductions we’ve seen this year. The concept is quite simple – It’s basically the device’s predecessor and Pad Infinity clubbed into a single form factor. Users will be able to conveniently go from a Windows 8 running laptop to an Android tablet by simply undocking the screen. Speaking of which, there’s an 11.6-inch FHD IPS display for visuals. Google’s mobile OS is powered by a 2GHz Intel Atom SOC, while the full desktop one from Microsoft gains its steam from a fourth generation Core i7 processor. 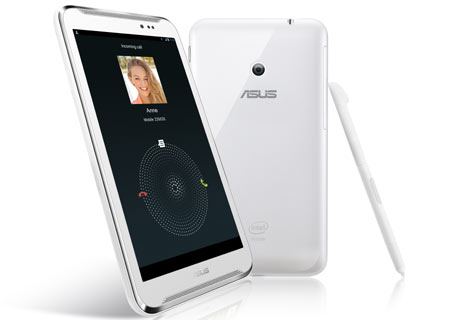 So far, there are no concrete details pertaining to the price and release date for the Asus Fonepad Note FHD 6 and the Transformer Book Trio. 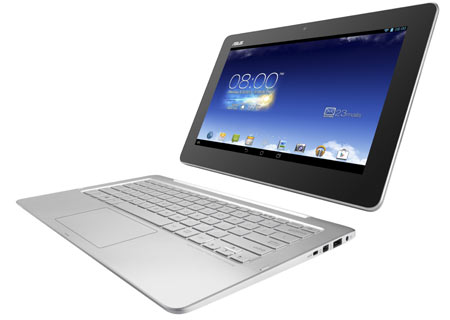 Specifications of the handset:

Specifications of the convertible: