Back in June, Asus unveiled the FonePad 8 which is an tablet with voice calling abilities that also offers 3G and dual SIM support. Equipped with a 64-bit Intel processor, this slate is now ready for release in Malaysia and Singapore where it will be launched on October 10.

Though this suggests that it will be brought into otter territories around the globe soon, there’s no official word on this matter. Phone Arena is reporting the price of the Fonepad 8 in Malaysia to be 649 MYR (around $199), while its cost in Singapore is being said to be 299 SGD ($230). 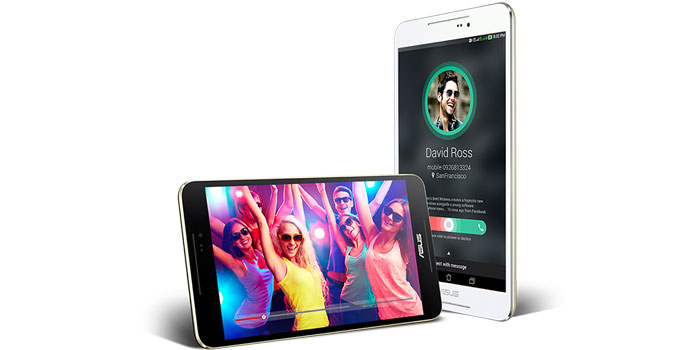 Staying true to its name, this device presents the services of both a smartphone and a tablet. Its large 8-inch display is accompanied on the front surface by an earpiece which you can put to use during your calls. Android 4.4 KitKat is the preferred OS here, and as usual, a number of Asus’ own software enhancements also form part of the package.

Also Read: There’s a 5.5-inch Asus ZenFone in the works, set to arrive early next year

This FonePad tablet runs on a 64-bit Intel Atom Z3530 chipset bearing a 1.3GHz dual core processor. This contradicts what Asus had said back in June, as a 64-bit Intel Atom Z3560 with a 1.8GHz quad core processor was revealed to form a part of its offerings back then. Our guess is that the latter model has been reserved for markets like the US and the UK since it has an LTE modem onboard.

We’ll have more on the Asus FonePad 8 as soon as news about its release in other important regions is out.