Asus’ FonePad lineup is slowly growing as new models and variants are being introduced and the FonePad 7 FE170CG is the latest in the series. The device is a 7-inch tablet like its predecessors and has popped up on the company’s website drenched in colorful shades.

The Asus FonePad 7 FE170CG is quite similar to the model which went on sale in India last month, where features are concerned. However, it does appear to have a tweaked form factor. The new model is slightly thinner at 10.7mm and it comes in single (white only) and dual SIM (white, black, red and blue choices) variants as well. Compared to the latest refresh, the FE170CG has slightly toned-down specifications. Firstly, the display is resolution has been reduced to 1024 x 600 pixels. 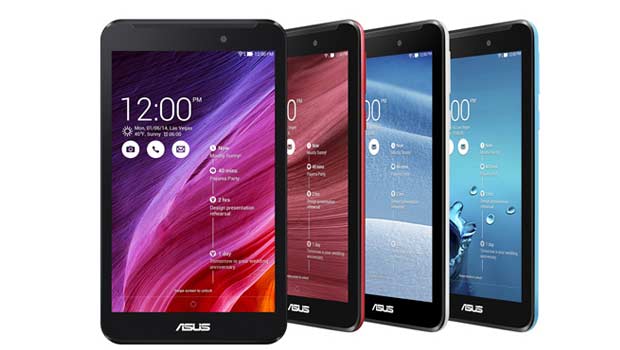 The Atom Z2520 Clover Trail+ processor can be found on the inside, but clocked at 1.2GHz and not 1.6GHz. It looks like the upcoming Asus FonePad 7 will be marketed as an entry-level tablet. The device will have Android 4.3 Jelly Bean out of the box and an update to version 4.4 KitKat is slated for release in the near future. The tablet also offers dual cameras, a front-facing speaker and around 10 hours of battery life. 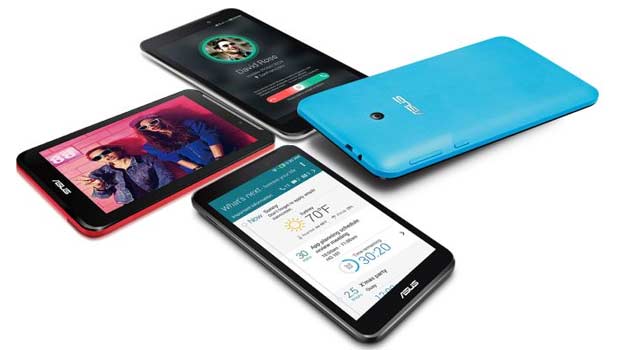 Liliputing reports that the Asus FonePad 7 FE170CG will be available with a magnetic smart cover that can also be used as a kickstand. While no official price and release date details have been disclosed, we did spot the device on an online retailer where it’s tagged at RM499 (around $155) for the 4GB model or RM599 (around $185) for the 8GB variant.