Asus India has officially launched the Chromebox mini PC which offers an entire dose of Google’s desktop OS in a compact package. The device which is 12cm x 12cm in size is capable of 4K ultra HD video playback and it will go on sale with prices starting at Rs 21000 for the base model.

The Asus Chromebox was originally launched back in February to compete against the LG Chromebase which recently made its debut in India for around Rs 32000. Multiple configurations of the device are being made available with the cheapest version sporting a Celeron 2955U CPU.

This mini PC is being marketed as an entertainment device which also offers high productivity capabilities for office use. You can hook it up to an HDTV (or dual displays) via HDMI or DisplayPort and access various online services including Google’s own software. And like all other Chrome devices, Asus’ will also deliver quick boot times of just seven seconds.

Storage, however, is limited on this PC as you get just 16GB of SSD flash memory. On the upside, USB 3.0 ports have been provided for attaching external drives and Google is offering 100GB of free cloud storage for two years. For connectivity, there’s dual band Wi-Fi n and an Ethernet port amongst others. 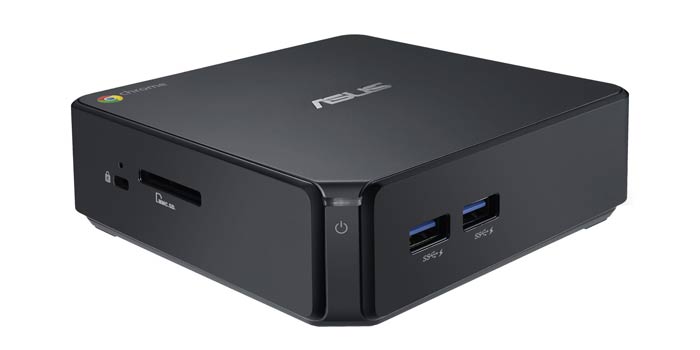 Asus Chromebox specs at a glance:

The Asus Chromebox with the Celeron processor will cost you Rs 21000, while the Core i3 and Core i7 models featuring 4GB of RAM are tagged at Rs 36500 and Rs 58000, respectively.