The time from when AT&T announced the PadFone X in the US to when it brought the device to the market was excruciatingly long, but that isn’t going to happen with the Asus PadFone X mini. The compact version of the Taiwanese OEM’s tablet-cum smartphone is now official for the carrier and it will hit stores next Friday.

The Asus PadFone X mini is essentially the PadFone mini for AT&T, the one which was showcased at the CES 2014 in January and not the Snapdragon version that was spotted in Taiwan. The device in question is powered by an Intel chipset. Sadly, it isn’t of the new architecture, but the CloverTrail+ SOC with dual cores and a 1.6GHz clock speed. 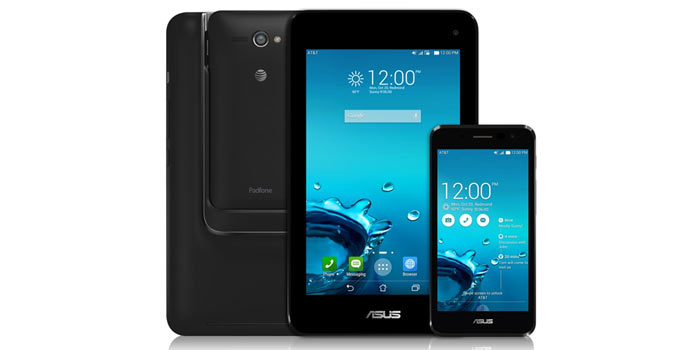 As you probably know, the PadFone is basically a convertible device where the smartphone can be docked into an external display for a complete tablet experience. In this case, the handset is a 4.5-inch one and offers visuals in FWVGA resolution. Android 4.4 KitKat comes preloaded with the ZenUI and there’s an entire gigabyte of RAM onboard.

For storage, the phone offers 8GB of flash memory and a microSD card slot which supports up 64GB. The battery capacity here is 2060mAh and the cell is user-replaceable. Coming to the Station dock, there’s a 7-inch 1280 x 800 pixel IPS+ display onboard with a 2200mAh battery on the inside.

The Asus PadFone X mini is priced at $199.99 on AT&T with its GoPhone prepaid subscription.