CES 2014 is underway and we’re seeing a plethora of new gadgets being shown off. Asus has showcased its PadFone mini convertible Android device at the expo and it has also brought along a new premium smartphone line which goes by the name ZenFone.

The new series comes in three handsets. The ZenFone 4 touts a 4-inch panel and it’s powered by a 1.2GHz dual core Atom Z2520 processor with Hyper-Threading. The device has dual cameras, a weight of 115 grams and it comes in five color options. Next is the ZenFone 5 which houses a 5-inch IPS HD panel, an unnamed dual core CPU and an 8MP rear snapper. This handset and the ZenFone 6 feature GloveTouch and PenTouch technologies. 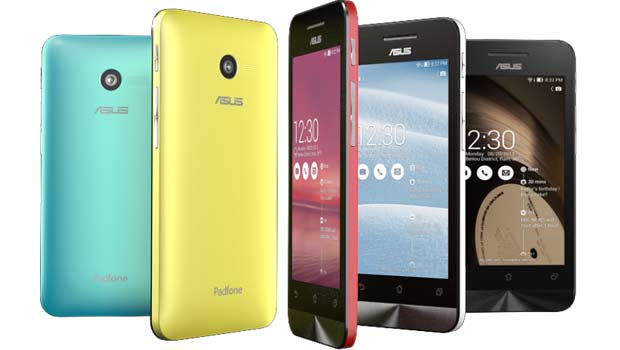 The ZenPhone 6 also offers an HD display which spans 6 inches wide and it sports a 13MP PixelMaster camera on the rear. All new devices run on Android 4.3 and they feature the company’s ZenUI interface. Coming to the PadFone mini, the device isn’t quite the same as the one which was launched in Taiwan back in December. The one headed to the US will be a bit smaller and it will feature an Intel processor instead of a quad core Snapdragon 400. Additionally, the device has dual SIM support and it features dual cameras, a 2MP front-facing one and an 8MP rear snapper.

Here’s a quick look at the PadFone mini specs: 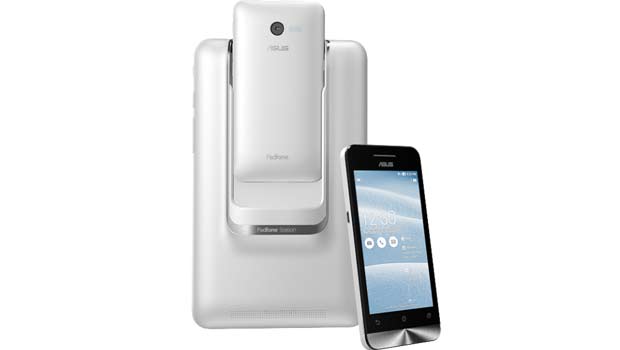