It seems like there will be an updated Asus MeMO Pad 10 tablet to accompany the refreshed 7-inch model which went official at the IFA 2014 expo only last week. The new slate is said to carry the model number ME103K and it is rumored to have been spotted at multiple retailers across Europe.

The Asus MeMO Pad 10 ME103K will be the successor to the ME102A model which features a Rockhip RK3188 processor and costs under $200. The upcoming release will have the same dimensions and weight as its predecessor, but Liliputing notes that there will be a change in the internals. 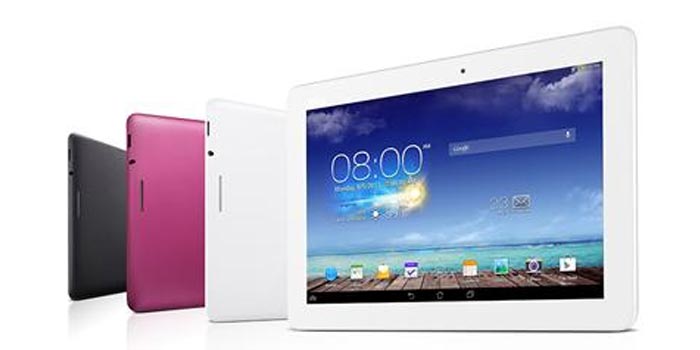 The CPU will apparently be swapped with a Snapdragon S4 Pro which is the same chip found on the 2013 Nexus 7. However, there’s no mention of whether the processor will have a dual core or a quad core configuration.

Also, the possibility of the new slate getting the same elegant design as the new 7-inch model is relatively low. Other features leaked include a 10-inch 1280 x 800 pixel display, 1GB of RAM and Android 4.4 KitKat amongst others. By the looks of things, the tablet will continue to be an affordable option and will compete with Samsung’s Galaxy Tab 4 lineup.

Based on the information provided, the Asus MeMO Pad 10 ME103K tablet should go on sale sometime in November in black and white shades carrying a price of under €200.