Never before have six people putting lettuce into their mouths been worthy of so much attention because even if this is not the first time food has been grown in space, no one’s eaten it until now. Space-grown plants are normally just sent to Earth for testing.

Six astronauts aboard ISS (International Space Station) have become the first ever folks to eat food grown in space and that too, farm-fresh crunchy red romaine lettuce no less. It must’ve tasted like heaven compared to the freeze-dried morsels that are the usual fare when you’re orbiting about 200 miles over a McDonald’s drive-through.

Deep-space projects like a manned-mission to Mars would require scientists to fully understand how to best equip the crew with dependable sources of sustenance. Plants can provide food, replenish the atmosphere within the concerned vehicle with oxygen and process waste, explains NASA. 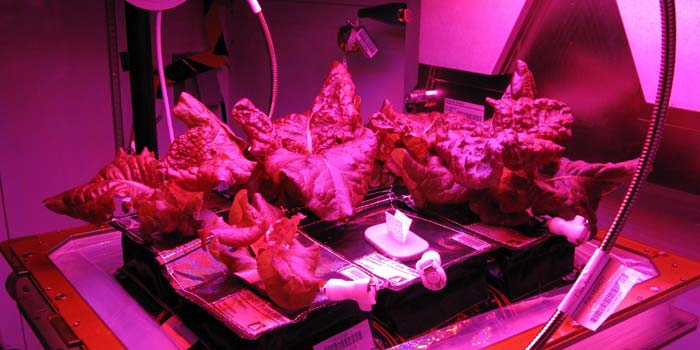 Until the 1990s, researchers struggled to find a way to prevent space-grown fruits and vegetables from ripening too quickly since this meant they also decayed faster. The agent causing the problem was ethylene, a gas given out by plants as they grow. Even greenhouses here on Earth were facing the same issue.

Thus was born the AiroCide scrubber which gets rid of volatile organic compounds including ethylene, bacteria, mycotoxins, mold, fungi, viruses and odors. Like the hundreds of space exploration applications which have made life on Earth easier, the technology is being used in industries covering food, research, medicine and others. 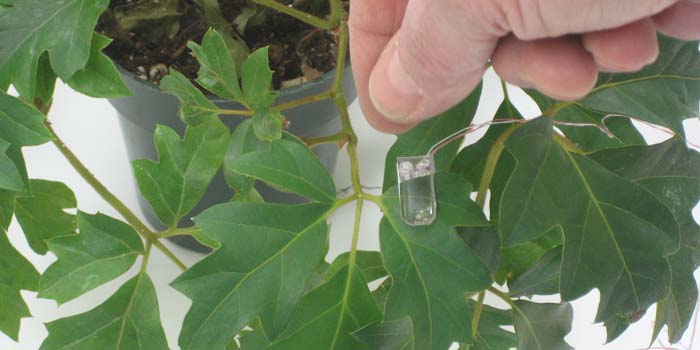 Image credit: AgriHouse Brands Ltd/NASA. This leaf sensor sends a text message to the user when their plants are thirsty. Though it was created for consuming resources smartly while farming on long-duration space missions, it’s being employed on Earth today to conserve water by irrigating only when crops need it.

We may not be growing sunflowers on Mars anytime soon. But the benefits of advances made in agriculture in space are sure to be passed on to farmers here on Earth.