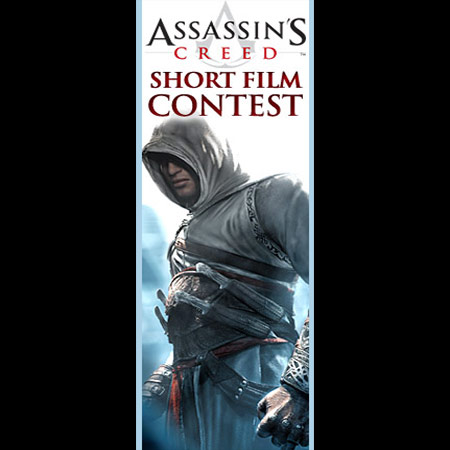 Video game fans, film students and media arts enthusiasts now have something to keep themselves busy. Video game publisher Ubisoft together with the Independent Film Channel have announced a short film contest inspired thoroughly by the video game Assassin’s Creed, which is due for a November release.

Those interested in participating in the Short Film Competition are required to send in their short films, which must be of six minutes or under. Also, the film must be based on the Assassin’s Creed theme.

Participants must send their Assassin’s Creed-inspired short films for judging via IFC’s Media Lab, which is a groundbreaking program that offers filmmakers a great medium for posting their independent films online.

According to Tony Key, vice president of marketing at Ubisoft, “Assassin’s Creed has the cinematic look and feel of an epic movie. This contest allows film makers of all levels a chance to showcase their creativity by expanding upon the mystery and themes of the Assassin’s Creed video game.”

“Video games, like films, have the ability to tell rich and dynamic stories and the partnership with IFC for the Assassin’s Creed short film contest is a way for Ubisoft to show its appreciation to the art. We’re excited to see what people bring to the table; I have a feeling we won’t be disappointed,” Tony Key added.

Finalists for the Assassin’s Creed-inspired Short Film Contest will be selected by a panel of IFC and Ubisoft judges. Their films will be available on the IFC Web site where fans and visitors can view and vote for them. The winners will eventually be announced on or before November 30, 2007, coinciding with the launch of Assassin’s Creed.