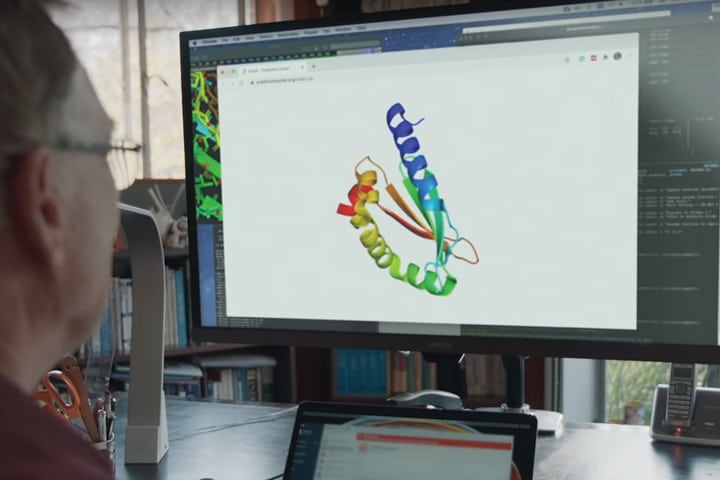 The latest version of DeepMind AI system, AlphaFold, has been recognized as a solution to this grand challenge by the organizers of the biennial protein-structure prediction challenge called Critical Assessment of protein Structure Prediction (CASP).

“We have been stuck on this one problem — how do proteins fold up — for nearly 50 years,” Professor John Moult, Co-Founder and Chair of CASP, University of Maryland in the US, said in a statement.

“To see DeepMind produce a solution for this, having worked personally on this problem for so long and after so many stops and starts, wondering if we’d ever get there, is a very special moment.”

This breakthrough demonstrates the impact AI can have on scientific discovery and its potential to dramatically accelerate progress in some of the most fundamental fields that explain and shape our world, DeepMind said in a blog post on Monday.

A protein’s shape is closely linked with its function, and the ability to predict this structure unlocks a greater understanding of what it does and how it works.

Many of the world’s greatest challenges, like developing treatments for diseases or finding enzymes that break down industrial waste, are fundamentally tied to proteins and the role they play.

The ability to computationally predict a protein’s 3D structure has been a major challenge because the number of ways a protein could theoretically fold before settling into its final 3D structure is astronomical.

READ: Scientists Use AI to Identify Hundreds of New Viable Drugs for Covid-19

“Our methods may prove especially helpful for important classes of proteins, such as membrane proteins, that are very difficult to crystallize and therefore challenging to experimentally determine,” the UK-based AI company said.

The results from the 14th CASP assessment were released on Monday.

DeepMind said it is preparing a paper on its system to submit to a peer-reviewed journal in due course.