Artificial Intelligence is stupider than you think [Video]

With the sort of technology we’re surrounded by these days, you’d think man has really progressed in the branch of Artificial Intelligence (AI), right? Smartphones that know when you’re looking at the screen, apps to remind you to buy milk, programs which let you look up stuff via voice in a conversational style, immersive video games allowing players to choose their virtual destiny and more.

But Professor of Philosophy and Ethics of Information at the University of Oxford, Luciano Floridi, isn’t impressed. According to him, mankind is adapting to dumb machines and tuning them so that they appear to ‘behave intelligently.’ Here’s a Computerfile video (dug up by Gizmodo) in which Floridi bemoans the state of AI as we know it today. 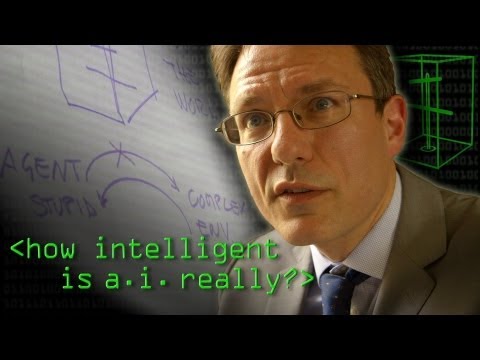 Floridi says technology currently involves enveloping the environment around it so machines and gadgets can work comfortably with humans. He gives the example of a dish washer which needs the user to load dirty crockery, add detergent and then turn it on. In a world feeding off the hyper-advanced AI of sci-fi, we’d be dealing with dish washer robot-like beings intelligent enough to recognize when cleaning up is needed and then self-load the tableware and detergent.

It’s the difference between having a machine do what it’s told and reasoning out how it should execute the orders once it decides whether the task needs to be carried or not. Of course, we are trying to move things forward with Deep Learning. But even when we do go that far, there will still be the Detective Del Spooners of the world saying ‘Robots… nothing here…just lights and clockwork. Go ahead and you trust them if you want to.’