Argos has delivered a blow to Tesco just where it hurts, pricing, with its 7-inch MyTablet. The device recently went official in the UK and it’s expected to retail for just £99.99 tagging along decent features and Google’s Android platform for a rich entertainment experience.

To make the MyTablet an alluring pick, the company has preloaded it with a total of 19 apps and games including Facebook, Twitter and the Argos application for shopping straight from the slate. Being powered by the Android 4.2 platform, you can use the tablet for internet browsing, video streaming, social networking, music playback and a lot more. The device can last for as long as 5 hours on a single charge. 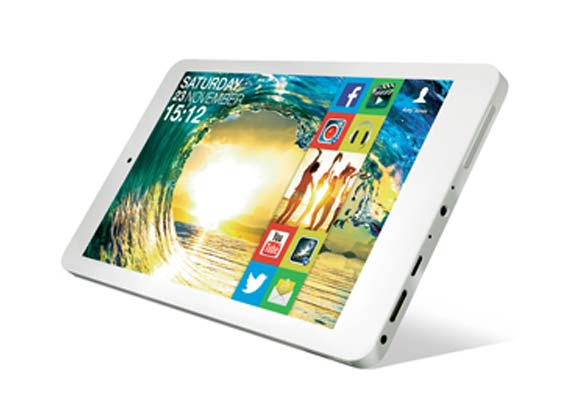 The lower pricing for the MyTablet has led to downgraded components compared to Tesco’s Hudl, making the latter a slightly better choice. The major difference between the two is that Tesco’s 7-inch slate comes with an HD IPS display proffering 1440 x 900p resolution, while Argos’ device has a 1024 x 600p LCD. Nevertheless, they both pack dual core processors and this one is presumably the Cortex A9 clocked at 1.6GHz.

The device comes with dual cameras, a 0.3MP front snapper for video calling and a 2MP rear lens for capturing images and videos. There’s also Wi-Fi and Bluetooth onboard. On the memory front, the MyTablet has 8GB of internal storage and a 32GB complaint microSD card slot, while no mention of RAM has been made. You’ll be able to connect the device to an external display via HDMI.

The MyTablet from Argos will go on sale starting tomorrow at the company’s online store and retail outlets across the UK and Ireland.