With just a few days left for the MWC 2014 to commence, Archos has decided to give its upcoming devices an early unveiling. The new lineup comprises of the 80 Helium 4G tablet and the 50c Oxygen, the 64 Xenon as well as the 40b Titanium smartphones. Only the slate comes with Android 4.3, while the handsets are powered by version 4.2 Jelly Bean.

The Archos 80 Helium 4G tablet comes with LTE connectivity and it falls in the 8-inch segment carrying an HD IPS touchscreen. The device is powered by a quad core 1.2GHz Qualcomm Snapdragon processor based on the Cortex A7 design. Accompanying the SOC on the inside is 1GB of RAM, 8GB of storage and a 3500mAh battery. The slate also packs a 5MP rear camera and a 2MP webcam. 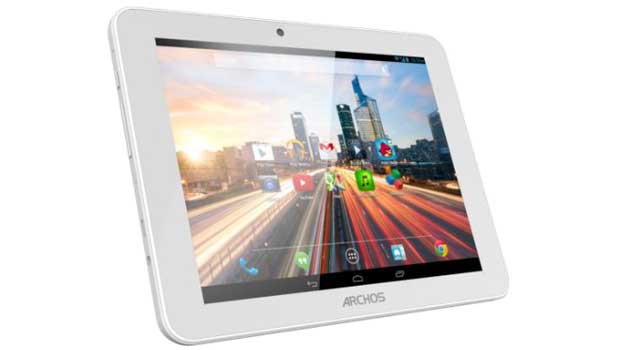 The Archos 50c Oxygen is the company’s first octa core smartphone. It features a MediaTek CPU clocked at 1.7GHz and Mali 450MP4 graphics. The handset is fitted with a 5-inch HD IPS display and a 2MP camera on the front, while the rear dons an 8MP snapper. For memory, there’s 1GB of RAM and 8GB of storage. Coming to the Archos 64 Xenon, this device falls in the phablet category.

It sports a 6.4-inch HD screen, a quad core processor, an 8MP rear camera, a 2MP front webcam, 1GB RAM, 4GB storage and a 2800mAh battery. Last on the list is the entry-level dual core Archos 40b Titanium. This smartphone tags along a 4-inch WVGA display, 512MB of RAM, 4GB of storage, dual cameras (5MP rear, VGA front) and a 1400mAh battery. 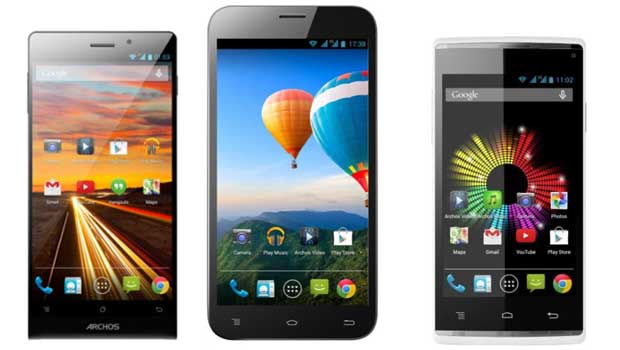