Budget device maker Archos, has launched a new smartphone series which comprises of the 45c Platinum and 50b Platinum handsets. Both devices are attractively priced with the former selling at just $99 and the latter costing just $20 more, or $119.

The Archos 45c Platinum and 50b Platinum come in very alluring designs and are being offered in three colors each, namely pink, blue and black. Both handsets run on Android 4.4 KitKat out of the box and they’re powered by a 1.3GHz quad core MediaTek processor with Mali 400MP2 graphics. 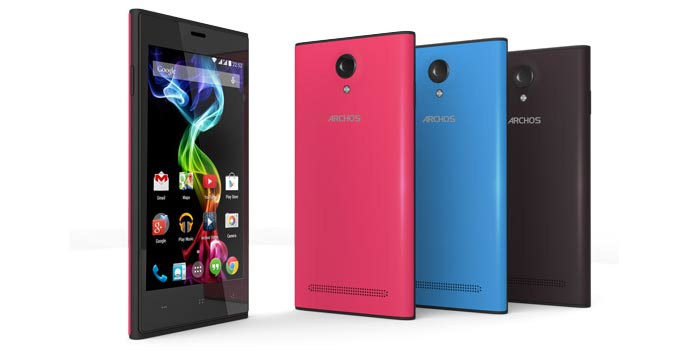 Both handsets share various common specs such as 512MB RAM and 4GB internal storage. The phones are also dual SIM enabled and they support HSPA+ 21Mbps networks. The 45c Platinum is the smaller of the two packing a 4.5-inch IPS display with FWVGA visuals.

The handset also tags along a 2MP front camera and a 5MP snapper capable of 1080p video capture, with an LED flash. The phone even has a 1700mAh battery. The 50b Platinum on the other hand, sports a 5-inch qHD touchscreen with slightly beefier specs like a better rear camera and a higher capacity battery amongst others. 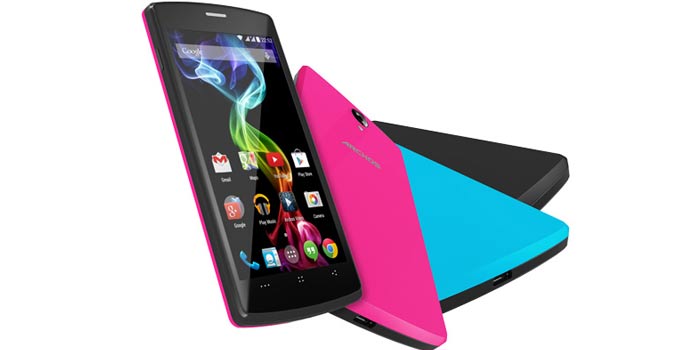 Archos 50b Platinum key specifications at a glance:

The Archos 45c Platinum and 50b Platinum are already available for purchase in the US. The latter phone is being bundled with a free protective case and an 8GB microSD card.