Archos is best known for its affordable smartphones and tablets and you’d really not expect something out of the ordinary from this OEM, but that wasn’t the case at the MWC 2015. The company surprised us all with its new Magnus range of slates which offer up to 256GB of storage built-in.

That’s a lot of hoarding space and certainly the highest we’ve seen from a tablet, a budget-minded one that too. To dump so much storage onto a single device, the company implemented its Fusion Storage technology which basically combines the internal eMMC memory with an external microSD card. The Archos Magnus range comprises of three different tablets. 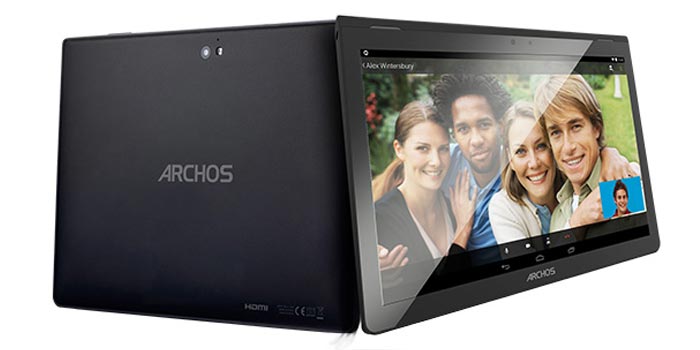 The 101 Magnus is an entry-level release powered by a 1.3GHz quad core MediaTek processor. The slate offers a 10.1-inch display, a VGA front camera, a 2MP rear snapper and a 4000mAh battery. Then there’s the 94 Magnus which is smaller, but much faster. This tablet comes with a 9.4-inch HD IPS LCD panel and packs a whopping 256GB of storage.

What’s interesting is that the specs sheet says that you’ll be able to add an extra 128GB via the microSD card slot. Other features of the Archos device include a 1.6GHz quad core Cortex A17 chip from Rockchip, 1.5GB RAM, a VGA front shooter, a 5MP rear snapper and a 6400mAh battery. The third and final slate is the 101 Magnus+ which is a larger version of the 94 model and beefier than the 101.